The crime alone that accompanies illegal immigration is horrific… Plus we have the continued bloodletting of the American taxpayer via entitlements.

Yet the media still claim that illegal aliens commit less crime than native-born citizens. Here’s what the media refuses to tell you.

Here are nine things you should know about illegal immigration and crime. 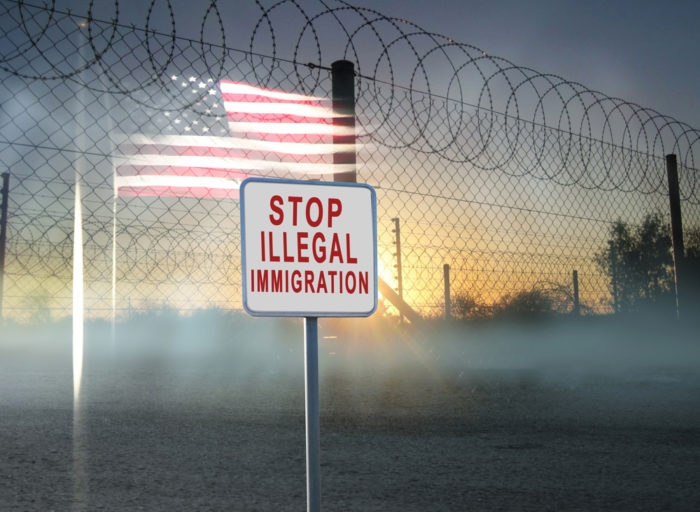 1. Federal, state and local governments keep data involving illegal immigration and crime out of the public purview. Fox News reported in 2015 that a source from Immigration and Customs Enforcement (ICE) said “that comprehensive statistics on illegal immigrant crime are not available from the federal government, and suggested contacting county, state and federal jail and prison systems individually to compose a tally, a process that would encompass thousands of local departments.”

Former Department of Justice attorney J. Christian Adams also told Fox News that some states do readily track illegal immigration and crime, but they withhold the specific numbers from the public out of fear of backlash from the federal government or for political purposes.

However, there is still some data that can be pieced together to examine illegal immigration and crime, and evidence suggests that there is a correlation between the two.

2. Available evidence suggests that illegals are more likely to commit crimes than the rest of the population. Fox News sorted through myriad “local, state and federal statistics” and found that “illegal immigrants are three times as likely to be convicted of murder as members of the general population and account for far more crimes than their 3.5-percent share of the U.S. population would suggest.”

The percentage of illegals committing the number of crimes are as follows, according to Fox News:

3. Almost 50 percent of federal crimes were committed near the Mexico border. A report from the Department of Justice in 2014 found the following, via Judicial Watch:

Of the 61,529 criminal cases initiated by federal prosecutors last fiscal year, more than 40%—or 24,746—were filed in court districts neighboring the Mexican border. This includes Arizona, New Mexico, Southern California, Western Texas and Southern Texas. The two Texas districts each had more than double the convictions of all four federal court districts in the state of New York combined, according to the DOJ report. The Western Texas District had the nation’s heaviest crime flow, with 6,341 cases filed by the feds. In Southern Texas 6,130 cases were filed, 4,848 in Southern California, 3,889 in New Mexico and 3,538 in Arizona.

Not surprisingly, most of the offenses were immigration related. In fact, 38.6% of all federal cases (23,744) filed last year involved immigration, the DOJ report confirms. Nearly 22% (13,383) were drug related, 19.7% (12,123) were violent crimes and 10.2% (6,300) involved white-collar offenses that include a full range of frauds committed by business and government professionals. This is hardly earth-shattering news in fact, the nation’s southern border region has for years been known for its high crime rate compared to the rest of the country.

Judicial Watch also notes that the crimes near the border had been spiking at such an “alarming rate” that “Mexican and American journalists have largely stopped reporting it,” whether for ideological reasons or to avoid backlash from the drug cartels. Read more at TDW.