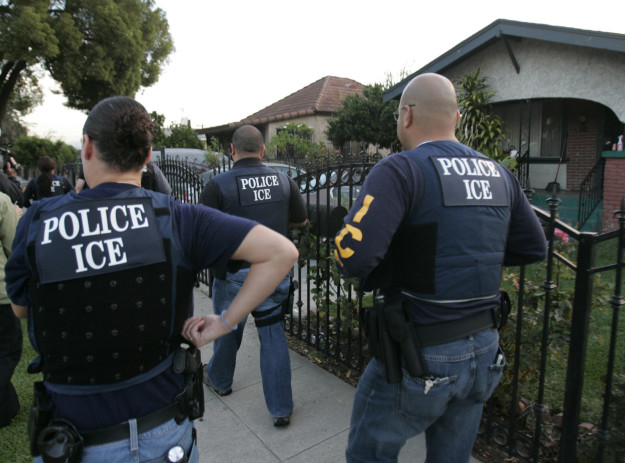 These immigration officers must be starting to see the light at the end of the tunnel. They are ready to be able to enforce the laws.

After a campaign in which Donald Trump promised to end illegal immigration, his victory over Hillary Clinton sent waves of optimism through the ranks of the federal Immigration and Customs Enforcement agency this week.

“A collective sigh of relief was breathed Wednesday morning,” said one deportation officer based in Texas who, like others reached by BuzzFeed News, requested anonymity because they were not permitted to speak to reporters.

Another deportation officer working on the southern border said he hopes Trump will end the “catch-and-release” approach. Right now “I feel like I’m not even working for immigration, I feel like I’m working for a travel agency,” he said. “Welcome to America, here’s your bus ticket, now go on your way.”

“I signed up thinking I was going to enforce immigration laws,” he continued. “Hopefully he is going to fix that.”

The Immigration and Customs Enforcement union, which says it represents 5,000 federal immigration officers, endorsed Donald Trump in late September, the first time it has ever weighed in on a presidential election.

The union did not respond to requests for comment, but a previous statement posted on Trump’s website said:

“Our officers come into daily contact with many of the most dangerous people in the world — cartel members, gang members, weapons traffickers, murder suspects, drug dealers, suspects of violent assault — yet ICE Officers are unable to arrest or are forced to release many of the most dangerous back into U.S. communities due to unscrupulous political agendas and corrupt leaders. The unconstitutional executive orders of President Obama, embraced by Hillary Clinton, have forced our officers to violate their oaths to uphold the law and placed every person living in America at risk — including increased risk of terrorism.

Trump promised voters he would take an aggressive stance against illegal immigration by constructing a wall on the southern border, which he said Mexico would pay for, and by “removing the more than two million criminal illegal immigrants from the country.” More