Questions Begin Surfacing Regarding Imran Awan’s Attorney And His Connections To Bill And Hillary!

Are Bill & Hillary Clinton, Debbie Wasserman Schultz, John Podesta, George Soros or all of them working on covering up the Awan case all while paying his bills?  What is so important that he is being taken care of?

This dude must hold some nasty truths… Smashed hard drives recovered at his home? Being paid well for doing nothing? High powered attorneys? Media silent? Oh yeah, he can definitely ruin some “important” lives. 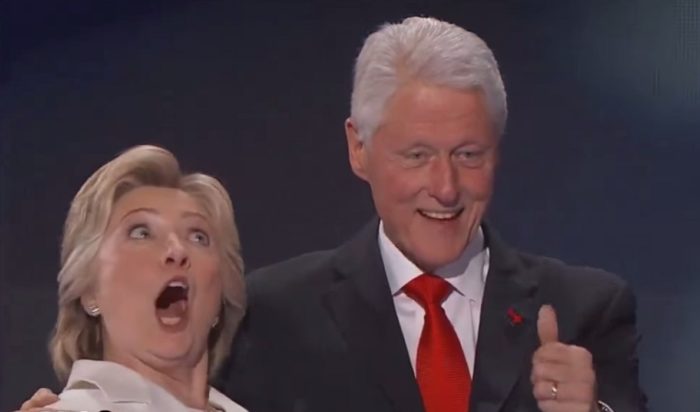 TGP by Joe Hoft: The fake news media cable networks have almost completely shut down coverage on one of the biggest scandals from the Democrat Party since former DNC worker Seth Rich was murdered. The media blackout is only fanning the flames as the alternative media continues to bring punishing rounds to the DNC, proving Wasserman Schultz has something to hide!  In addition, there are suspicions that the Rich murder is somehow connected.

The more you learn about Democratic IT scammer Imran Awan — the more you see more and more crimes and corruption.

Imran Awan worked for Debbie Wasserman Schultz for thirteen years since she came into office in 2004 as a Florida representative. She only fired him this past week and would have kept paying her “IT expert” even when he was living in Pakistan.

Iman and his two Pakistani brothers who managed the IT affairs for several Democratic government officials were relieved of their duties in February on suspicion that they accessed specific computer networks without permission, also known as hacking.

Most of the House Members fired the Awans eventually but Debbie Wasserman Schultz kept Imran Awan on the pay roll up to the day he got arrested for Bank Fraud after trying to flee the country.

The rest of the family fled since months to Pakistan along with hundreds of thousands of taxpayer money they mysteriously were able to wire.

Democrats were willing or unwillingly compromised by the Awans and sensitive information was suspected leaked to foreign Enemies!  (Muslim Brotherhood – Yemen Raid with dead soldier for example?) Many of them have Seats on Committees that handle highly sensitive information.

According to Redditt — Imran Awan is now released with an GPS ankle monitor until his preliminary hearing on Aug. 21.

More information is coming out on Imran Awan and his criminal activities.

Awan pretended to be his wife when requesting a loan from the Congressional Federal Credit Union and got it! He had the credit union wire $165,000 to PAKISTAN – no questions asked.  Andrew McCarthy at National Review reported:

Bank fraud was the stated charge on which Awan was arrested at Dulles Airport this week, just as he was trying to flee the United States for Pakistan, via Qatar. That is the same route taken by Awan’s wife, Hina Alvi, in March, when she suddenly fled the country, with three young daughters she yanked out of school, mega-luggage, and $12,400 in cash.

By then, the proceeds of the fraudulent $165,000 loan they’d gotten from the Congressional Federal Credit Union had been sent ahead. It was part of a $283,000 transfer that Awan managed to wire from Capitol Hill. He pulled it off — hilariously, if infuriatingly — by pretending to be his wife in a phone call with the credit union. Told that his proffered reason for the transfer (“funeral arrangements”) wouldn’t fly, “Mrs.” Awan promptly repurposed: Now “she” was “buying property.” Asking no more questions, the credit union wired the money . . . to Pakistan.…

…Congressional-staff salaries are modest, in the $40,000 range. For some reason, Awan was paid about four times as much. He also managed to get his wife, Alvi, on the House payroll . . . then his brother, Abid Awan . . . then Abid’s wife, Natalia Sova. The youngest of the clan, Awan’s brother Jamal, came on board in 2014 — the then-20-year-old commanding an annual salary of $160,000. A few of these arrangements appear to have been sinecures: While some Awans were rarely seen around the office, we now know they were engaged in extensive financial shenanigans away from the Capitol.

One of the first questions is how can the Awan brother afford his attorney.  Already reported was Awan’s financial duress.  If he was in poor financial condition who is paying his attorney?  His attorney is Chris Gowan who is a high-powered Clinton attorney.

#ImranAwan, who is millions of dollars in debt, was able to secure representation from a high-powered Clinton attorney, Chris Gowan? How? pic.twitter.com/YdZS7C3D0M

According to Daily Caller:

Chris Gowen, Imran Awan’s lawyer, is a long-time campaigner for former President Bill Clinton and former Secretary of State Hillary Clinton and a member of an attorney team that brought a fraudulent lawsuit against energy giant Chevron.

Also, according to Daily Caller:

Gowen is a founding partner of Gowen, Rhoades, Winograd and Silva law firm, with offices in Washington, D.C., and Philadelphia, Penn.

His official bio on the firm’s web site notes that he “left the Public Defender’s office to work for former President William Jefferson Clinton and then-Senator Hillary Clinton. Chris was a fact checker for President Clinton’s memoir, My Life.”

Questions Begin Surfacing Regarding Imran Awan’s Attorney And His Connections To Bill And Hillary!