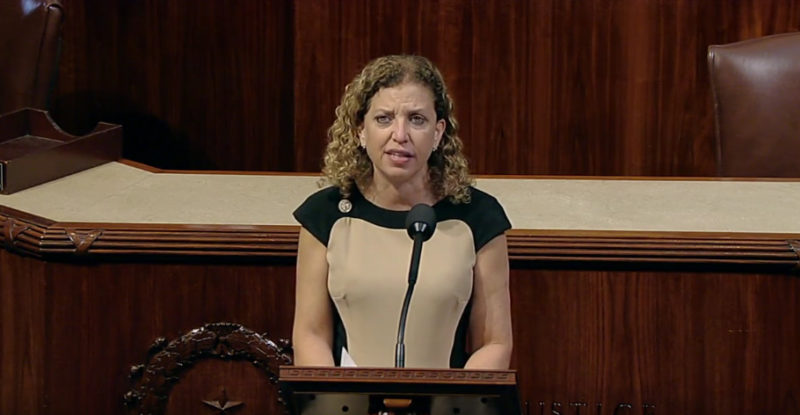 The Obama regime hired them and covered it all up. Who has final responsibility for hiring them and allowing their access? Those people should be tried for treason as well as the IT nerds.

Recently, it was reported that there were questions surrounding several IT staffers that had access to the emails of several members of Congress including Debbie Wasserman Schultz.

Now, we are learning even more troubling information.

They had access to everything and had some radical ties. More

Congressional IT staffers who are the subject of a criminal investigation into misusing their positions had full access to members’ “correspondence, emails, confidential files,” and there was almost no tracking of what they did, a former House technology worker said.

Imran Awan bullied central IT to bend the rules for him so there wouldn’t be a paper trail about the unusually high permissions he was requesting. And their actions were not logged, so members have no way of knowing what information they may have taken, the central IT employee said.

“They had access to EVERYTHING. Correspondence, emails, confidential files — if it was stored on the Member system, they had access to it,” the former House Information Resources (HIR) technology worker with first-hand knowledge of Imran’s privileges told The Daily Caller News Foundation.

Technology employees who work for members must initially get authority from HIR, a component of the House’s chief administrative officer, which maintains campus-wide technology systems.

A Fairfax County, Va., police report shows that the brothers’ stepmother called the police on them in January, and a relative said Imran has been out of the country attempting to access assets stored in Pakistan in his deceased father’s name. The relative said they forced her to sign power of attorney documents against her will. More