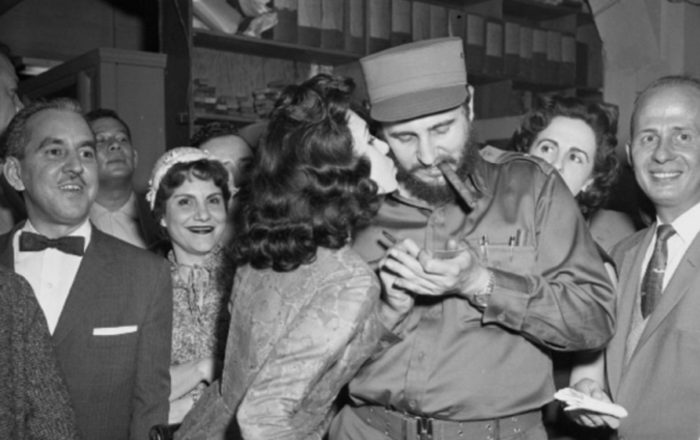 Please pay attention to which world leaders show up to Castro’s funeral or make gushing remarks about this monster, because those are the evil pukes you want to make sure you vote out.

With his shaggy beard and rumpled, olive-drab fatigues, Fidel Castro presented himself to the world as a modest man of the people.

At times, he claimed he made just 900 pesos ($43) a month and lived in a “fisherman’s hut” somewhere on the beach.

But Castro’s public image was a carefully crafted myth, more fiction than fact.

“While his people suffered, Fidel Castro lived in comfort — keeping everything, including his eight children, his many mistresses, even his wife, a secret,” wrote Juan Reinaldo Sanchez, Castro’s longtime bodyguard.

Castro, who died Friday night at 90, made a personal fortune offering safe haven to drug traffickers, bedded a bevy of women over the decades, and once threatened his own brother, Raul, with execution when the brother lapsed into alcoholism in the ’90s, Sanchez’s book reveals. More