Adam Schiff is very afraid of something & I want to know what that is right now.

After reading these minutes, I have realized they are just obstructing, denying and trying to delay the truth in the memo from coming out until they and the FBI can make fake information to try and reduce the treasonous events exposed they have been colluding on.

The House Intelligence Committee Released Minutes of its stormy meeting held on Monday, January 29, 2018. The minutes show the Democrats on the Committee panicked and lie their way to do all they can to obstruct the investigation into FBI and DOJ abuses and side with the perpetrators in the FISA abuse scandal rather than with Americans who want the truth. 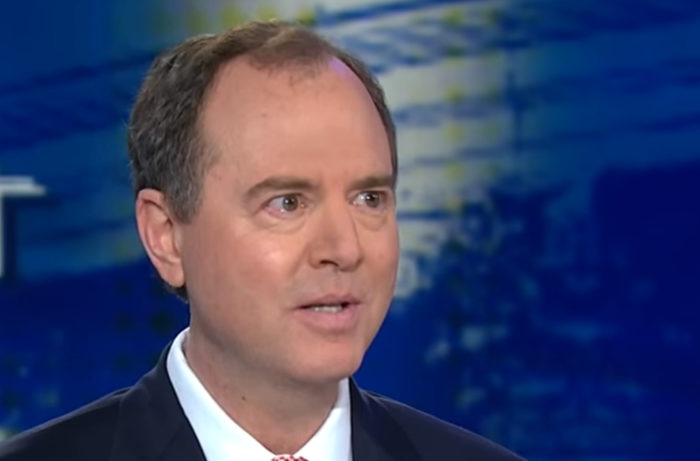 The House Intelligence Committee (IC) released their minutes from Monday’s meeting.  Here is a summary of the comments and motions made during the meeting as noted in the 58-page document:

P4 – Adam Schiff (D) declares that the memo that the Republicans want to be made public contains ‘misleading representations and factual problems’ and states that the FBI wanted to appear to discuss the memo and the DOJ described releasing the memo as reckless.

P5 – Schiff wants 3 motions – 1) To make the Dem’s memo available to all members of the House. 2) To allow the FBI and DOJ to review both documents and provide the classified briefing to entire House.   He states that only he and Rep Gowdy are apparently the only 2 members to review underlying materials to FISA memo. 3) To release both Dem and FISA memos to the public.

P6 – Rep Conaway (R) states that the Dem document to date is “sight unseen” [i.e. it has not been shared with the Committee]

P10 – Rep Swalwell (D) complains and doesn’t want FISA memo released because the Committee violates “an agreement with the DOJ”. He wants to release the Dem’s 10 page memo along with the FISA 4 page memo.

P18 – King claims that “contrary to claims made in the media, this committee has been transparent with the FBI”. Reps Nunez and Gowdy provided FBI director Wray a copy of the FISA memo on Sunday and shared memo with 2 senior FBI employees on Monday before the IC meeting.  The Rep King states –

There are moments in our history when full transparency is required so that all Americans can understand what their government has done. After all, this is the American people’s House, and we work for them.

P19 – Chair states that he believes FISA memo was properly vetted with no classified information.

P20 – Schiff states that he talked with FBI Director Wray [privately]and states Wray wants to come before the Committee to state his concerns with the FISA memo [Why did Wray share this only with Schiff?  When did this secret meeting or discussion take place and who else was present?] Schiff makes a motion to delay releasing the FISA memo.

“many, many months for FISA abuse and other matters. That investigation continues.  And I would urge my colleagues to vote no, we are not going to be briefed by the people that are under investigation by this committee.”

P22 – Chair notes how the Dems have opposed several subpoenas and the FISA memo being made available to the House.

P23 – Quigley (D) asks if the memo worked on with the White House and the Chair states not to his knowledge.

P25 – Dems demand not to release the FISA memo

P27 – Rep Speier (D) says that the Committee has not reviewed the FISA memo [even though made available to the entire House? She must have not looked at it.]

P27 – Rep Swalwell (D) asked to have an Inspector General review the memo before being released.

P28 – Schiff says the DOJ and FBI are willing to “cooperate” and says the memo is at the bidding of the White House.

P30 – the Committee votes on Schiff’s motion on whether to allow the FBI and DOJ to review the FISA memo and provide a briefing to the House and delay the public disclosure of the memo. The motion does not pass.

P37 – Schiff pretends to be concerned that not releasing the Dem’s memo will look bad and demands that the FBI be able to redact and edit the FISA memo before being released.

P39 – Rep Sewell says she is so disappointed in the entire Committee for politicizing this investigation.

BREAKING: @MonicaCrowley “This is the first of many memos! As bad as this memo may be, my understanding is there’s worse coming down the pike”! #ReleaseTheMemo pic.twitter.com/GCT7y7PzIl

Oh my. Excitement increases in my heart. DRAINING THE SWAMP IS SO MUCH FUN! pic.twitter.com/VSVs9Q82Py