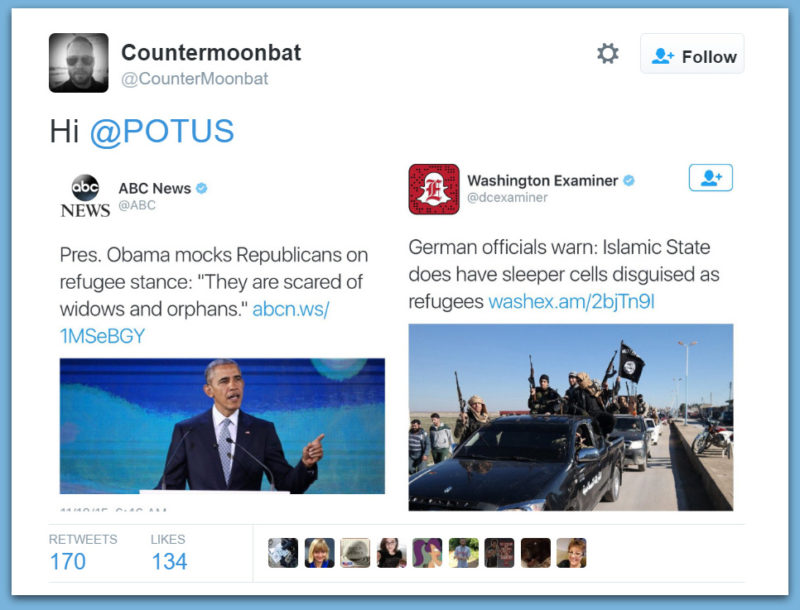 Coming soon to a town near you. For all of you wishful thinkers and college educated elites who think that peace can be achieved through negotiation with the radical faction of Islam you’re in for a really rude awakening.

This madness must be stopped now, or our nation will follow suit with what is happening in Europe right now. I only wonder how many Americans will have to die before the liberals take these warnings seriously.

May God help us all if Hillary wins the White House.

German intelligence officials are aware that ISIS fighters have successfully smuggled in hit squads among the flow of Syrian refugees across German borders.

According to Politico, Manfred Hauser — the vice president of BayLfV, the Bavarian region’s intelligence gathering apparatus — told the BBC Thursday that officials must “accept we have hit squads and sleeper cells in Germany.”

“We have substantial reports that among the refugees there are hit squads,” he added. “There are hundreds of these reports, some from refugees themselves.” More