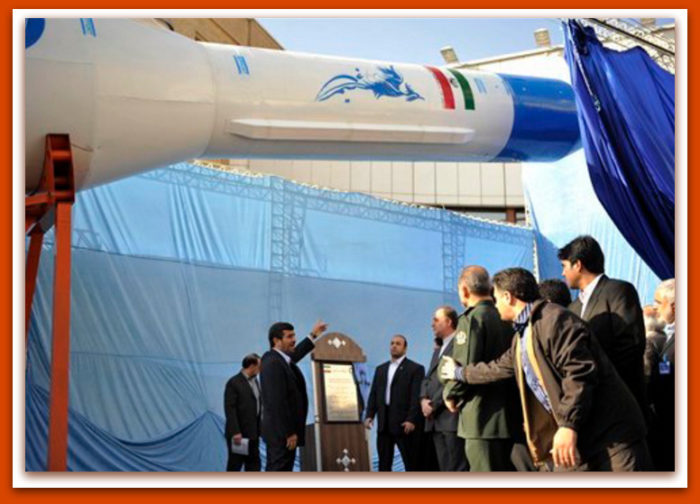 So they expect us to believe with the all of the thousands of satellites the military and intelligence agencies have looking down on the planet, they didn’t see that? So it’s Iran’s effort to build long-range missiles. Wondering why they would ever need those? Care to guess?

Iran this week conducted the first launch of a new rocket that the Pentagon views as a key element of Tehran’s effort to build long-range missiles.

The launch of the Simorgh space launch vehicle on Tuesday was judged by U.S. intelligence agencies to be partly successful but did not reach orbit, said defense officials familiar with reports of the test.

“It was either an unsuccessful launch, or a test of third stage” not meant to place a satellite in orbit, said a U.S. defense official familiar with reports of the test.

No other details of the test launch could be learned.

At the State Department, spokesman John Kirby said he could not confirm the missile launch.

“Obviously we’re watching this as best we can,” Kirby said. “Certainly if it’s true and we’re talking about a ballistic missile launch or the testing of ballistic missile technologies, that’s obviously of concern to us. It’s not consistent, as we said before, with the Security Council resolution…”

The large liquid-fueled rocket has been under close surveillance by U.S. satellites and other intelligence assets at a launch pad at Iran’s Semnan satellite launch center, located about 125 miles east of Tehran.

The Simorgh launch had been anticipated since March and comes amid growing worries about Iran’s development of long-range missiles.

How Harriet Tubman SHOULD Appear On The $20