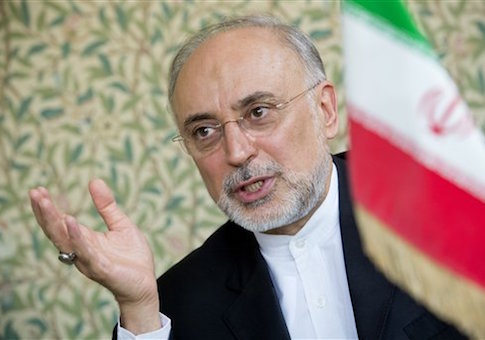 Obama gave them all that money so Iran has to do something with it. Obama is doing everything he can to destroy America.

Ali Salehi, Iran’s top nuclear official, announced on Thursday that Iran has invested $10 billion into the construction of two new nuclear plants after receiving orders from Rouhani, according to reports in Iran’s state-controlled media.

A State Department official said to the Free Beacon following the announcement that Iran is allowed to move forward with this venture under the nuclear agreement, which does not prohibit this type of nuclear construction.

“The [nuclear deal]does not prevent Iran from pursuing new light-water reactors,” a State Department official not authorized to speak on record said to the Free Beacon in response to questions about Iran’s latest announcement. “Any new nuclear reactors in Iran will be subject to its safeguards obligations.”

Critics in Congress of the Obama administration’s diplomacy with Iran condemned the new nuclear reactors, telling the Free Beacon that the administration is turning a blind eye to the Islamic Republic’s continued pursuit of illicit nuclear technology, including the know-how to build a nuclear weapon.

“Nothing in the behavior of the Iranian regime in the year since the JCPOA went into effect should give us any confidence that they will be confining their nuclear program to peaceful activities,” Sen. Ted Cruz (R., Texas) said to the Free Beacon, using the official acronym for the nuclear deal. “Secretary Kerry seems to think that the mullahs are interested in curing cancer and civilian energy production, but their rapid progress in ballistic missile technology suggests they are far more determined to develop the nuclear weapons these projectiles are designed to deliver.”

“This is just the most recent confirmation of how misguided, shortsighted, and downright dangerous the Obama administration’s nuclear deal with the Islamic Republic truly is,” Cruz added.

Congressional sources familiar with the matter said the administration’s lack of concern about the new nuclear reactors is adding fuel to a growing scandal surrounding White House efforts to grant Iranian demands. More