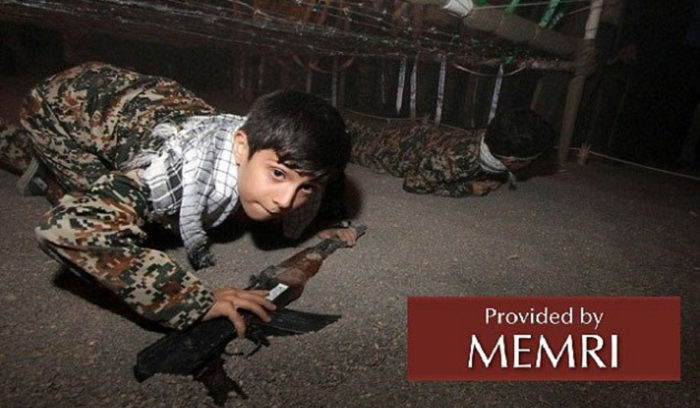 Welcome to Jihadi land! Iran opens military theme park where children get to dress up as soldiers and pretend to attack Israel and other Western enemies.

These kids are playing at killing their enemies, while our kids are getting triggered and running for their safe spaces.

A new theme park has been opened by the Iranian government, where young children learn to be revolutionaries and fight against the country’s enemies.

Youngsters as young as eight are able to don military uniforms and fight ‘battles’ against the US and Israel at the new attraction in the city of Mashad.

The park is named The City of Games for Revolutionary Children.

Visitors are split into ‘squads’ of up to 10, the World Tribune reports, and go through 12 stages – including sections dedicated to the Iran-Iraq war, defending holy shrines, and walking through minefields. More