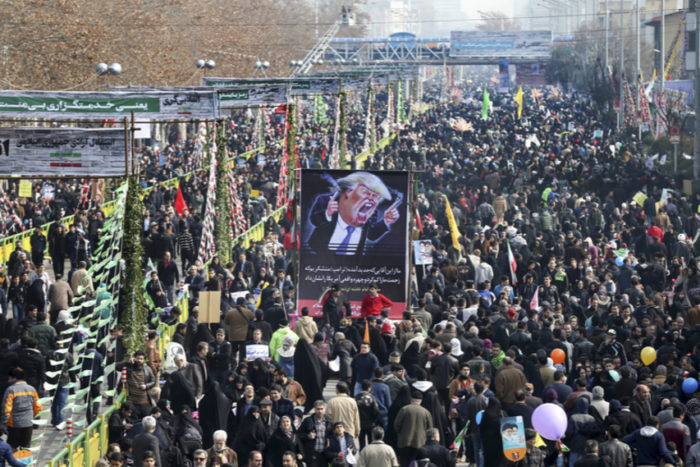 It really ticks me off how Trump is being blamed for stirring up all of this “Death to America” crap. But anyone that is halfway informed knows this is just another typical rally in Iran.

Hundreds of thousands of Iranians rallied on Friday to swear allegiance to the clerical establishment following U.S. President Donald Trump’s warning that he had put the Islamic Republic “on notice”, state TV reported.

On the anniversary of Iran’s 1979 Islamic Revolution, which toppled the U.S.-backed shah, marchers including hundreds of military personnel and policemen headed towards Tehran’s Azadi (Freedom) Square.

They carried “Death to America” banners and effigies of Trump, while a military police band played traditional Iranian revolutionary songs.

State TV showed footage of people stepping on Trump’s picture in a central Tehran street. Marchers carried the Iranian flag and banners saying: “Thanks Mr. Trump for showing the real face of America.”

“America and Trump cannot do a damn thing. We are ready to sacrifice our lives for our leader”, a young Iranian man told state TV in a reference to Supreme Leader Ayatollah Ali Khamenei. More