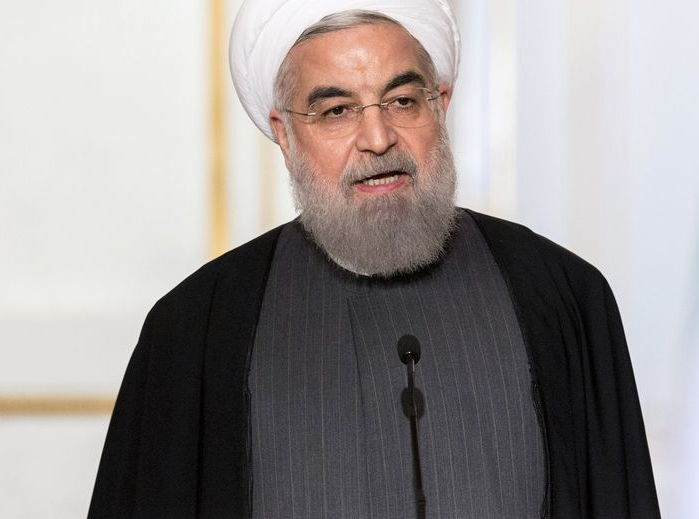 Iran’s president is quick to say that Trump won’t be able to undo the nuclear deal.

The 2015 accord, signed between Iran and six powers including the U.S., “cannot be overturned by one government’s decision,” Rouhani told his cabinet on Wednesday, according to the official Islamic Republic News Agency. Trump told a pro-Israel lobbying group in the U.S. in March that “my number one priority is to dismantle the disastrous deal with Iran.”

The pact, which brought the lifting of key economic sanctions in January, has allowed one of the world’s last major untapped frontier markets to open its doors to international companies as the Iranian government seeks to attract foreign investment and new technologies. On Wednesday, the International Atomic Energy Agency said Iran has continued living up to its side of the nuclear bargain.
Rouhani said Trump’s victory won’t be able to stop Iran’s economic growth.

The Islamic Republic’s “policies of engagement with the world and the breaking of nuclear sanctions have put Iran’s relations with other countries on an irreversible path of growth,” Rouhani said.

Foreign Minister Mohammad Javad Zarif, Iran’s lead negotiator in the accord, said the president-elect “must fully understand the realities of today’s world.”

“Considering that Iran and the U.S. don’t have formal political relations, what’s important is that the future U.S. president complies to the commitments of the multilateral nuclear deal,” Zarif told a news conference in Romania.

“The markets in Iran were generally expecting Mrs. Clinton to win and this has had an impact on pretty much all sectors in the stock exchange. Oil has come down, gold has gone up by $5,” said Masoud Gholampour, an analyst at Novin Investment Bank in Tehran. “The market is showing a negative reaction in general because the nuclear deal could be affected.”

Iran’s currency depreciated to 36,600 per dollar in unregulated trading at 1 p.m. in Tehran from 36,310 on Tuesday morning. More