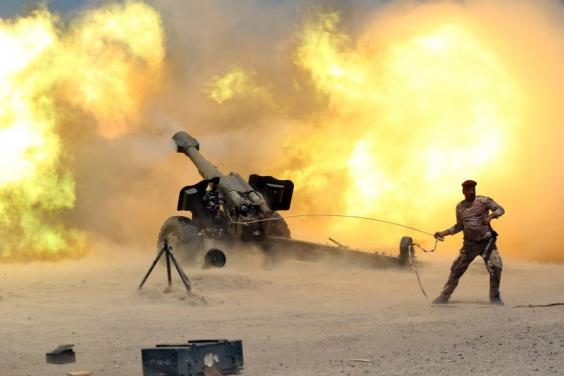 Hopefully this puts them a step closer to retaking control of Fallujah and getting the rest of the people out. ISIS needs to be stopped.

Col. Mohammed Ibrahim, a Iraqi command spokesman, told CNN that militants had been meeting in southern Falluja at the time of the airstrikes, including a newly appointed ISIS military leader known as the “Emir of the Falluja State.”

Ibrahim said it was unclear if the ISIS leader was among those killed.

“Bodies from the airstrikes are still under the rubble while ISIS militants try to recover them by using cranes,” said a statement from the Iraqi Joint Operation Command.

They assert Iraqi army forces have encircled Fallujah and are expected to storm this city west of Baghdad soon.

Falluja became the first Iraqi city to fall to ISIS in January 2014 — dealing a blow to Iraq as well as Western countries battling the terror group.
An estimated 50,000 residents are trapped in the city between opposing fighters, including 20,000 children, according to the United Nations.

Men and boys who refuse to fight for ISIS are being killed, and civilians have died in heavy shelling, the United Nations says.
Aid groups say ISIS is using thousands of civilians as human shields.

A mix of Iraqi army, police, anti-terrorism units, Sunni tribal militias and what are known as the Popular Mobilization Units — Shia-dominated militias trained by Iran — are participating in the offensive. More