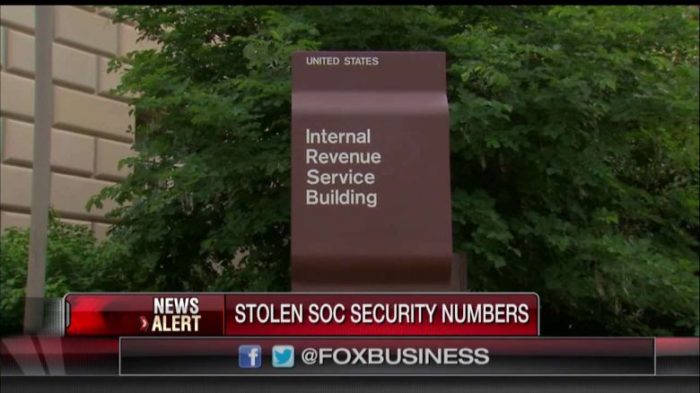 Why did the IRS not notify the people who had their Social Security  numbers were stolen? Especially when it can effect their benefits?

A new report found that IRS officials knew that more than 1 million Social Security numbers were stolen in the past five years, but the tax-collecting agency failed to notify the victims.

The inspector general’s report did not mention illegal immigrants, but those tend to be the people who steal or borrow others’ Social Security numbers in order to get hired.

The IG said that taxpayers identified as victims were not notified.

The IG also said that the lack of a formal process to also notify the Social Security Administration is “problematic” because the thefts could affect their Social Security benefits.

The report angered some on Capitol Hill who accused the agency of letting the problem go on.

Sen. Dan Coats (R-IN) said at the hearing: “It is stunning that the IRS has chosen to aid and abet identity thieves for so long instead of protecting the innocent victims of the theft.”