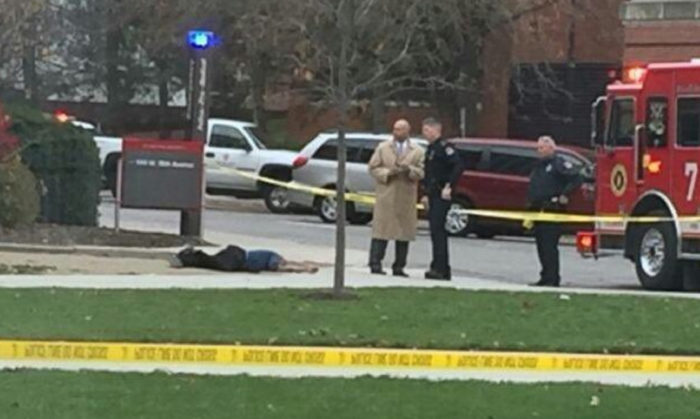 ISIS claims responsibility for Ohio State University terrorist attack. This claim is so NOT shocking. Even if they had no idea or knowledge of the attack, of course they would claim credit. It’s just what they do.

Not many people will be surprised by this news but it is helpful to get confirmation. Now the question is, will the liberal media and Democrats finally admit the motive?

Reuters has the breaking news:

CAIRO (Reuters) – The Islamic State group claimed responsibility on Tuesday for an attack at Ohio State University in which a man ran down pedestrians in a car and stabbed others with a butcher’s knife.

The attacker, a Somali immigrant student at the university, injured 11 people in Monday’s attack before he was shot dead by a police officer.

The Islamic State news agency AMAQ posted a photo of Abdul Razak Ali Artan wearing a blue shirt and sitting with greenery in the background. It described him as a soldier of the group.

“Brother Abdul Razak Ali Artan, God accept him, implementer of the Ohio attack, a student in his third year in university,” the caption read.

Artan, born in Somalia, was a U.S. permanent resident who arrived in the country in 2014, said a federal official, who asked not to be identified.

Investigators believe Artan may have lived for as long as seven years in Pakistan, said the federal official also declined to be named because of the investigation. Somali refugees often spend some time in Pakistan before coming to the United States, another official said.

Trump is already being proven right about extreme vetting.

Fight For 15 Protest Shut Down Access To Airline Terminal