Ah yes, the “religion of peace” is calling for terrorists to attack children. After all, if the kids are Christian or Jewish, it’s ok by the Koran.

A pro-ISIS media group circulated an image today of a knife dripping blood over the Eiffel Tower, calling on lone jihadists to attack on Halloween.

“Enjoy their gathering,” reads the text superimposed over the image. “Terrorize October 31.” 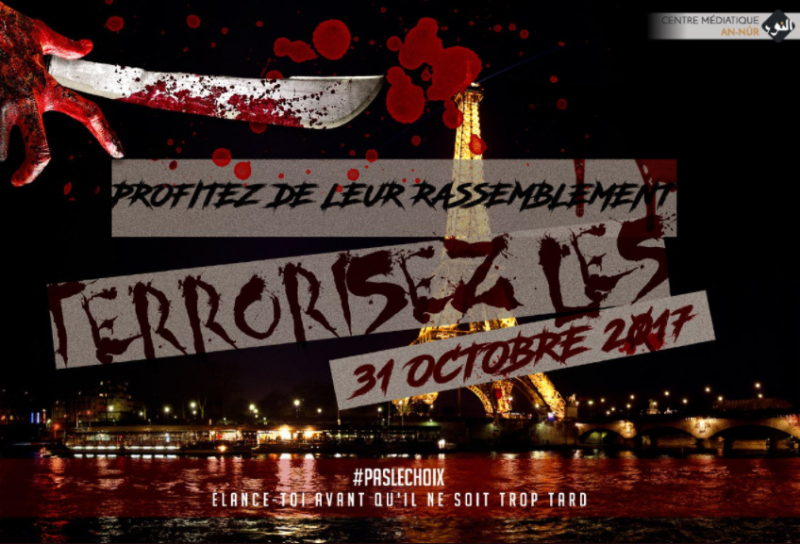 Added was the hashtag #Paslechoix: “no choice.” Below that was the message, “Get out before it’s too late.”‘

It was produced by Centre Médiatique An-Nûr, which has produced in French not only videos about jihadist operations but about how online jihadis can practice web security. The group also distributes ISIS’ Rumiyah magazine, which has not yet been published this month, in French.

The image was shared by a Twitter account that distributes caliphate news, images and videos in French. Read more at PJM.

Sean Hannity Unloads On Robert Mueller Filing Charges: THIS IS ALL A DISTRACTION... Warns “Tick Tock”

Nancy Pelosi: “President Trump Is Far Scarier Than Any Ghoul Or Goblin”