The owners in every gun shop I have ever been in are armed to the teeth. What do these nut-jobs think gun dealers use to protect their products with, a wet noodle? Just saying…

Daily Caller: ISIS is suggesting its jihadists attack gun shop owners who are closing their businesses at the end of the day as a means of acquiring firearms. 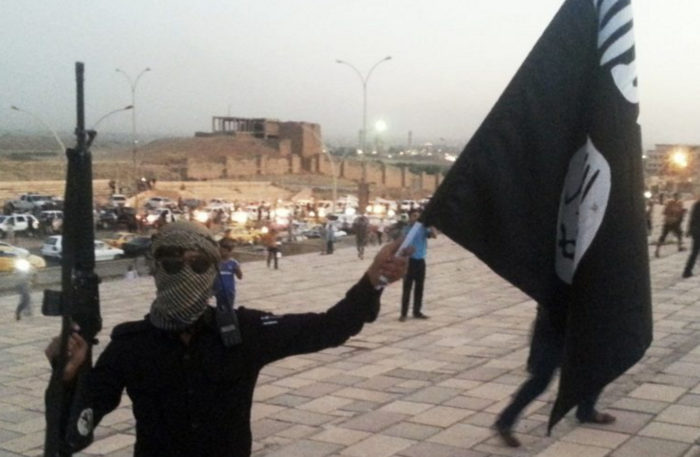 According to the latest issue of ISIS’ Rumiyah magazine, PJ Media reported, the terror organization discussed different ways jihadists could get firearms in the United States and Europe.

In the U.S., “anything from a single-shot shotgun all the way up to a semi-automatic AR-15 rifle can be purchased at showrooms or through online sales – by way of private dealers – with no background checks, and without requiring either an ID or a gun license,” ISIS states. “And with approximately 5,000 gun shows taking place annually within the United States, the acquisition of firearms becomes a very easy matter.”

They include a picture of an unidentified gun show with the caption, “Gun conventions represent an easier means of arming oneself for an attack.”

Gun control activists point to ISIS’s strategy as a reason to have terrorism watch lists but the National Rifle Association and other gun rights activists say terrorism watch lists are too easily prone for errors and violations of civil rights of law abiding citizens and areas where universal background checks are required, like where terrorists struck in San Bernardino, cannot guarantee that terrorists will not find other ways to acquire firearms.

Federal law requires licensed firearm dealers to run background checks on gun purchasers. However, private, unlicensed vendors who may be at gun shows are not required to meet the same federal requirements.

ISIS advises their recruits not to ask people where to find a gun to buy or they could be “bringing upon oneself unnecessary suspicion.”

The ISIS piece then suggests another method of smash-and-grab robbery by driving a car into a gun shop after business hours. More

Radical Feminist: Scream & Pee At Trump Tower To Show You Are Part Of La Résistance