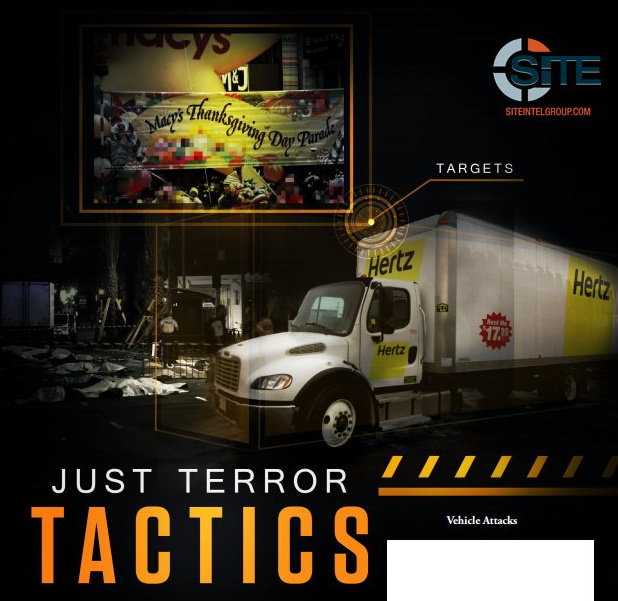 I hope ISIS knows that their days are numbered. Life as they currently know is just about to change.

The Islamic State terrorist organization is calling on its supporters in the West to kill masses of people at public events, and included a photo of the annual Macy’s Thanksgiving Day Parade in New York City in its propaganda magazine as “an excellent target.”

According to Site Intelligence Group, IS published an article in its new English-language magazine, Rumiyah, that teaches jihadists who live outside of the caliphate in Iraq and Syria how to use a “multitude of weapons and techniques … to inflict misery and destruction upon the enemies of Allah” in “every hardheaded, obstinate kafir nation that wishes to engage in war on the Islamic State.”

“One’s attack may be to harvest a large kill count. It may be aimed at disrupting the financial stability of a specific nation. It may simply be aimed at terrorizing the enemies of Allah and depriving them of a peaceful sleep,” the article states. “Accordingly, as the objective of the attack varies, the mujahid must choose a method that best suits the operation at hand.”