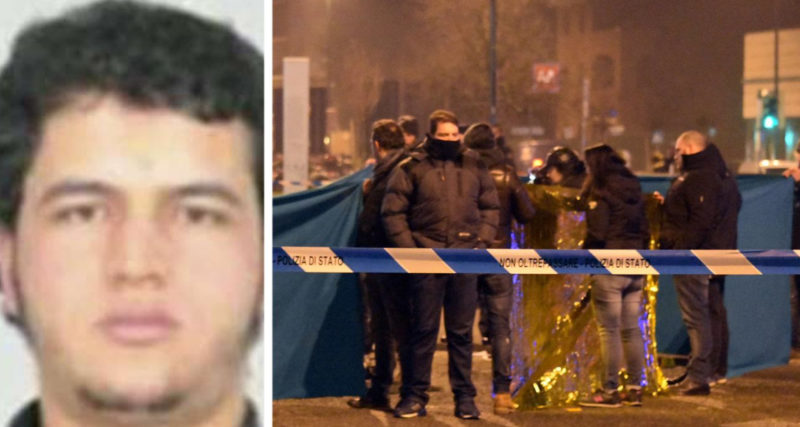 I’d bet that he had some help eluding the authorities until he arrived in Italy. On one hand, I’m glad he’s no longer among the living. But if he’d been taken alive, he could have been waterboarded and forced to give up his network of terrorist friends.

Italian police killed the Islamist terrorist suspect in the deadly attack on a Berlin Christmas market, after confronting him in Milan, some 675 miles from the scene of Monday’s carnage, police said.

Anis Amri, the 24-year-old Tunisian whose monstrous attack sparked a 72-hour manhunt and raised questions about Germany’s inability to come to grips with radicals among its burgeoning refugee population, was killed in a wee-hours shootout in the Sesto San Giovanni district of the northern Italian city, police said.

Italian Interior Minister Marco Minniti told reporters at a news conference that the dead man was “without any doubt” Amri. Monday’s attack in Berlin, for which ISIS has claimed credit, left 12 dead and more than 50 injured, including two Americans.

The shootout occurred just after 3 a.m. local time, according to Italian police. Amri was pulled over in a vehicle and asked for identification, and pulled a .22 calibre gun out of his backpack and fired at a cop, police said. The police officer, identified as Critian Morio, was struck, but his injuries are not believed to be life-threatening.

Morio and another police officer who was not injured “have done an extraordinary service to the community,” Minniti said.

Authorities are retracing Amri’s three days on the run, a trek that could raise even more questions about border security throughout Europe. After fleeing Germany, he made his way to the French region of Savoy and then took a train to Milan, according to Italian news agency ANSA. More