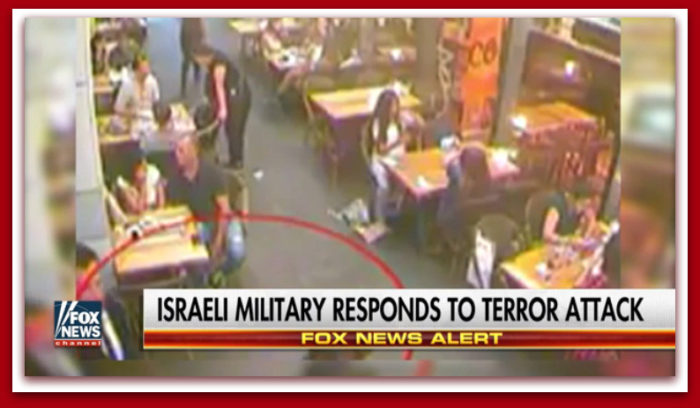 How many thousands of years does it take for all of humanity to realize Islam is an evil “religion?” Israel built a big wall and you know what, it worked. Terrorist attacks greatly decreased and they have much better control of terrorists trying to sneak into their contry. It’s not exactly 100% but well worth it. Giving you any ideas?

JERUSALEM –  Israel on Thursday imposed a series of sweeping restrictions on Palestinian movement and deployed hundreds of additional troops to the West Bank in response to a Tel Aviv attack that killed four Israelis.

The shooting, carried out by two West Bank Palestinians, targeted a crowded tourist and restaurant district in the heart of Tel Aviv and was among the deadliest and most brazen attacks in a nine-month wave of violence. The area is located across the street from the Israeli military’s headquarters.

As Prime Minister Benjamin Netanyahu prepared to meet with his Security Cabinet to discuss further responses, the Israeli military announced that it was deploying two additional battalions to the West Bank “in accordance with situation assessments.” The deployment, involving hundreds of troops, includes soldiers from infantry and special forces units.

Among the participants in the Security Cabinet meeting was Israel’s new defense minister, Avigdor Lieberman, the leader of an ultranationalist party known for his hard-line views toward the Palestinians. Before the meeting, Lieberman visited the site of the shooting and had a cup of coffee in a local cafe. More