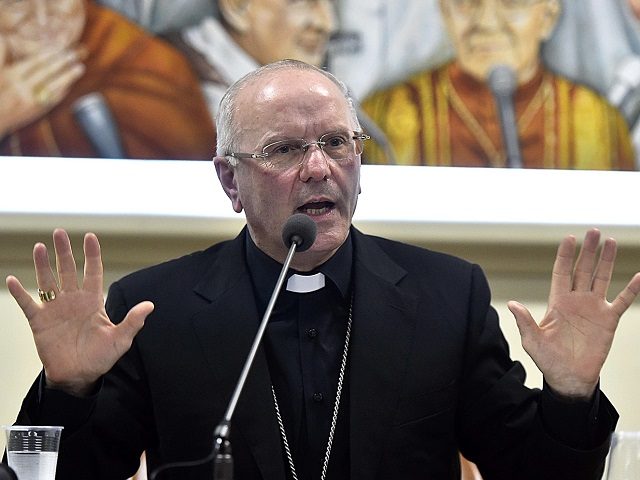 What? How do Islamist attacks have nothing to do with religion? This is just plain stupidity.

Despite appearances to the contrary, the murder of the Russian ambassador in Ankara and the Berlin massacre in a Christmas market have nothing to do with religion but are economically motivated, according to the secretary general of the Italian bishops’ conference.
On Monday, a gunman shot the Russian ambassador to Turkey, Andrei Karlov, at an art exhibition in Ankara, reportedly shouting “Allahu akbar” while he gunned him down. Later in the day, a Muslim Pakistani “refugee” drove a semi through a Christmas market in Berlin, killing 12 people and injuring many others.

In an interview with the Italian daily, Corriere della Sera, Bishop Nunzio Galantino, said the Berlin and Ankara terrorist attacks were not motivated by religion but by money.

“At bottom, there is just selfishness and oppression,” Galantino said. “Wars benefit those who have power or money, those who trade in weapons.”

In the end, he said, “poor people die in wars, while the well-off are enriched.”

The solution, the bishop contends, “is to be all the more united, more tolerant” and to “beware of violence, even in the use of language.”

“Vulgarity and aggressiveness in language fuel a climate that brings out the worst in people and impedes efforts toward a peaceful coexistence. There is a terrorism of language, and you can kill with calumny,” he said.

“Look at the media, on TV and in politics, and even more on social networks. The word of an imbecile is worth as much as that of a Nobel prize winner,” he said, “and often the words of a violent person or a warmonger have even more impact.”

It is not a clash of civilizations, he said. “I do not believe it.”

Galantino was personally appointed to his leadership role in the Italian Bishops Conference by Pope Francis, in a rare move where the pontiff circumvented the usual elective process to name his own man. More