No matter who the president is, lying about wiretapping is unforgivable. As an attorney lying under oath is the worst offense of all.

Another day, another lie exposed. America is a victim of the most lawless administration in the history of our nation and to date, no one has been held accountable. James Comey lied. James Clapper lied. Barack Obama lied. Hillary Clinton lied. Susan Rice lied, and that’s just the short list. This is way worse than Watergate! Only indictments will put the nation on the road believing that there is equal justice under the law. 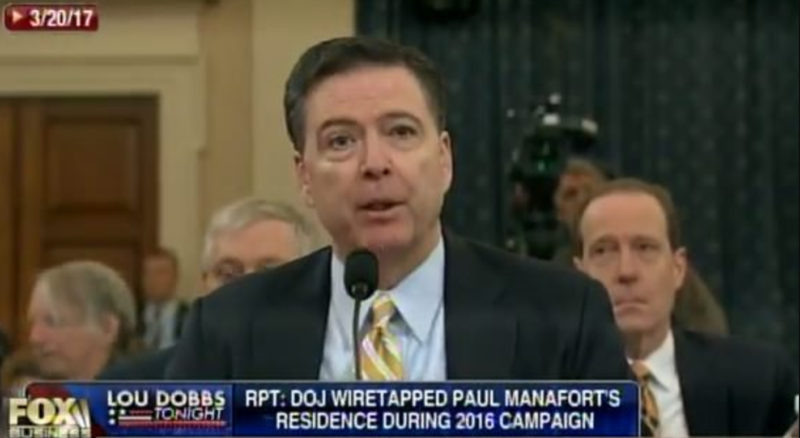 We now know these were both lies. James Comey has lied under oath several times. He should be in prison.

** The former FBI Director testified to Congress that he decided not to recommended charges in relation to handling of classified information, after the FBI interviewed Hillary Clinton on July 2, 2016. However, a new report reveals Comey penned a memo exonerating Clinton in the Spring.

** James Comey told the House Intelligence Committee that the Republican Party emails were not released during the 2016 election campaign. They were.

** And James Comey perjures himself after he just testified under oath in front of the House Intelligence Committee claiming that there was no truth to Trump’s wiretap claims. He lied then too.