James Mattis Upsets MSM With Deadly Competency: ‘We’re Going To Kill Them All’

Go, Mad Dog! I love this man. Guts, action, and glory… Yes, we need to kill them all before they kill us. What a refreshing attitude. Fight a war as if it is really a war, and to win it.

Anyone notice how the MSM doesn’t have a problem with all the death threats towards President Trump or Republicans by Democrats, but they do have a huge problem with the Secretary of Defense stating he’s going to annihilate the enemy before they can cause any more harm? 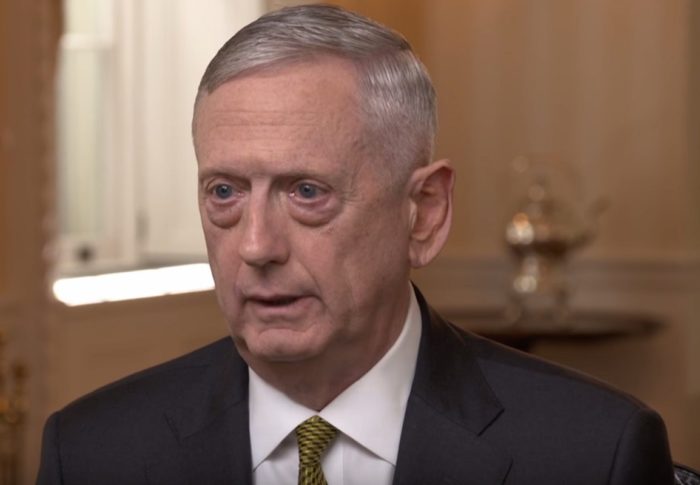 Washington Times: U.S. retired general and Secretary of Defense, James Mattis, has said the policy of the American military now in the fight against the Islamic State in Iraq is moving from one of attrition to one of annihilation.

The Washington Post, in particular, yesterday was upset that Mattis is annihilating the terrorists so effectively. “A military policy run solely by the Pentagon creates confusion,” writes the Post.

One reason the Left is upset is that having a warrior in charge of fighting a war shows how incompetent and purposefully feckless the Obama administration was.

Another reason may be the Left just simply has an affection for jihadis, hence the blind support for an open border policy for terrorists. Our corrupt media is also now using supposed ‘higher civilian casualties’ as a criticism of the Trump administration taking the fight hard to those that want to kill us. “Can’t we just give them jobs instead?” is the Left’s mantra.

“We’re not the perfect guys, but we are the good guys. And so we’re doing what we can,” said Mattis recently on the Sunday talk shows. More

James Mattis Upsets MSM With Deadly Competency: ‘We’re Going To Kill Them All’