Are they hoping people only have 15-second memories? Bravo! Here’s at least one Hollywood personality who demonstrates both intelligence and the integrity to speak up and say what he thinks, without worrying about PC nonsense.

The Blaze: Supreme Court Justice Neil Gorsuch was confirmed to the high court on Friday after Senate Republicans controversially used the “nuclear option” to get his confirmation through Congress. 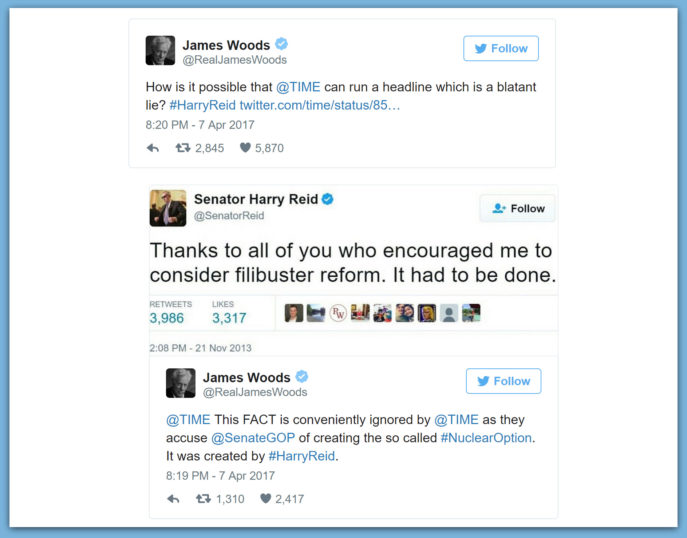 The “nuclear option” allowed Gorsuch to be confirmed with a simple majority vote instead of the 60 votes typically needed for judicial confirmations.

There’s just one problem with that: Republicans weren’t the first to change Senate rules to confirm judicial nominees with simple majority votes.

In fact, Senate Democrats, under the leadership of then-Majority Leader Harry Reid (D-Nev.), changed the rules as recently as 2013 to quickly confirm dozens of justices to lower district and appellate courts who were nominated by then-President Barack Obama. At that time, Democrats praised “filibuster reform” as something necessary to bypass GOP “obstruction.” More