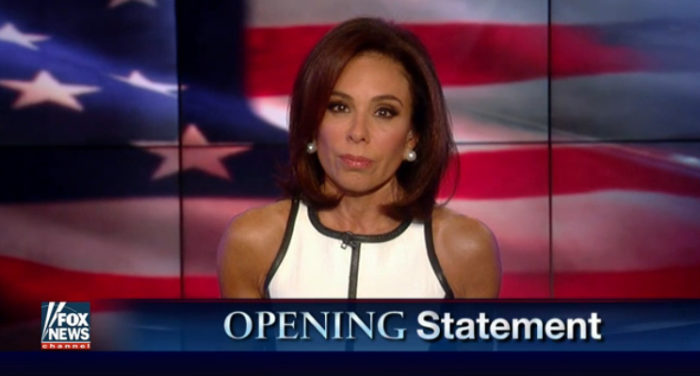 She is right! Hillary Clinton cannot be President. She does nothing but lie and deceive people. She has no regard for what the people want and shouldn’t be elected just because she is a woman.

“Hillary Clinton cannot be President of the United States, and if the establishment, including law enforcement, does not stop her – you have to,” Judge Jeanine Pirro said in her opening statement on Justice.

This is not about politics, she urged. “It’s about preventing people who have no regard for the law, or you, for that matter, from running this country.”

Despite this election season’s anti-establishment sentiment, “Clinton is still in line to be coronated the Democratic nominee,” Judge Jeanine said.

But what is it that makes Clinton above the law? she questioned.

“The majority of Americans believe, and are right, that Hillary Clinton is untrustworthy, dishonest and a liar,” said Pirro.

“And don’t give me that woman thing where it’s time for a female president.  Yeah, it is – but not her.”

Of all the Washington politicians who “walk into those hallowed chambers and proceed to line their pockets and their pensions and their campaign reelection coffers and walk out multi-millionaires, the Clintons are among the worst,” Judge Jeanine added. More