This just epitomizes the Never Trumpers… Their priorities are so deranged and screwed up that they would rather have another Democrat in the Senate than one of their own party, just as they would have rather had Crooked Hillary Clinton in the White House never mind the fact she would have completed the destruction of our Republic begun by Barack Obama.

He just slapped the face of every single person, who voted for him. Despicable to see him supporting a useless liberal who will further impede the future of our country.

Sen. Jeff Flake, an early critic of Alabama Republican Senate candidate Roy Moore, has sent a $100 check to the campaign of Moore’s Democratic opponent, Partial-Birth Abortion Advocate Doug Jones. Republican Jeff Flake posted a photo of the check on Twitter with the message “Country over Party,” a slogan he also wrote on the check. 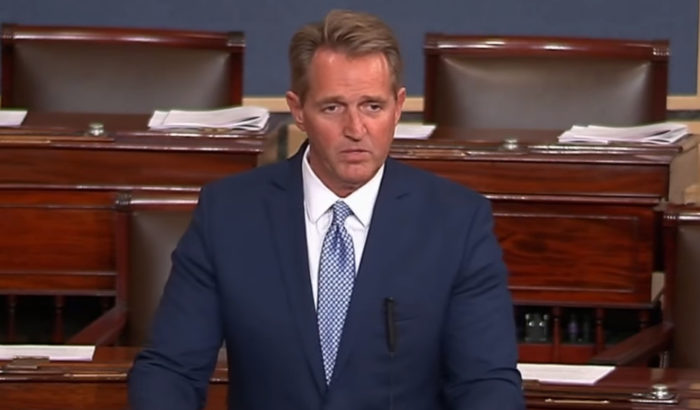 Whether you believe or don’t believe the allegations regarding Roy Moore, sending a check to a leftist pro-abortion candidate is unconscionable. That doesn’t stop Moore or do anything in any way apart from giving money to Jones. –WZ

So, when you hear the MSM say he’s NOT extreme on abortion… Here are the words straight from him.