Jesuit Monk WARNS: “The numbers do not lie; Europe will be Islamized”

This is not what I want to see in Europe, such a sad state, many people will die for not converting. The children will be ravished and destroyed, the beautiful counties will be trashed and destroyed. This has been the plan from the beginning.

Europe abandoned its history of Faith, thus creating a vacuum that’s now being filled by Islam. The cycle is familiar in history and has repeated itself over and over again.

They are trying to do the same thing right here in America. Wake up, people! 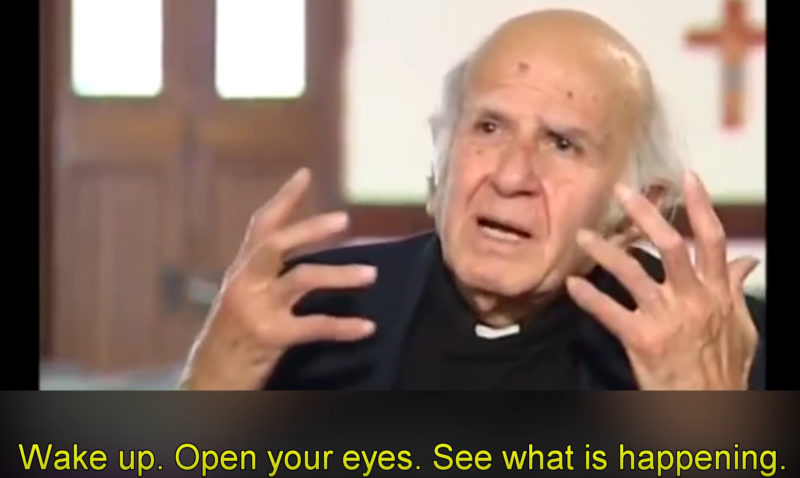 100percentfedUp: A Jesuit monk from Egypt: “The numbers do not lie; Europe will be Islamized”

Henri Boulad is an Egyptian-born Jesuit monk who was recently granted Hungarian citizenship. The following interview with Fr. Boulad was conducted in English by a Hungarian TV outlet, and then broadcast with a voice-over in Hungarian.

IT MIGHT BE TOO LATE FOR PLACES LIKE SWEDEN – THE SWEDISH PM JUST SPOKE UP AND SAID HE WAS NOT ACCEPTING MORE MASS MIGRATION:
Now he gets it! It could be too late for Sweden but Americans should listen up to this changed liberal who was for mass migration:

SWEDEN’S prime minister vowed his country would “never go back” to the days of mass immigration after it emerged the Stockholm attacker was a failed asylum seeker.

During 2015 alone, Sweden received more than 160,000 asylum applications, resulting in the country closing its internal borders in an attempt to stagger the levels of migration into the country.

And more than 3,000 migrants are still living illegally in the Swedish capital alone.

But now Stefan Löfven has pledged to change Sweden’s liberal attitudes to immigration, and insisted the massive influx would never be allowed to happen again.

It comes after migrant Rakhmat Akilov from Uzbekistan drove a stolen 30-tonne truck into pedestrians at a busy department store in Stockholm on Friday.

Four were killed, including Britton and father-of-two Chris Bevinton, and 15 injured in the harrowing attack, which showed clear similarities to the London terror attack last month.

Akilov is believed to have carried out a reconnaissance of his route just days earlier.

The failed asylum seeker had been given four weeks to leave Sweden in December after his final appeal failed.

It’s too late for Sweden…America should learn from this! Keep reading At Express.

Report: Turns Out Obama Was The Real Russian Stooge

Jesuit Monk WARNS: “The numbers do not lie; Europe will be Islamized”