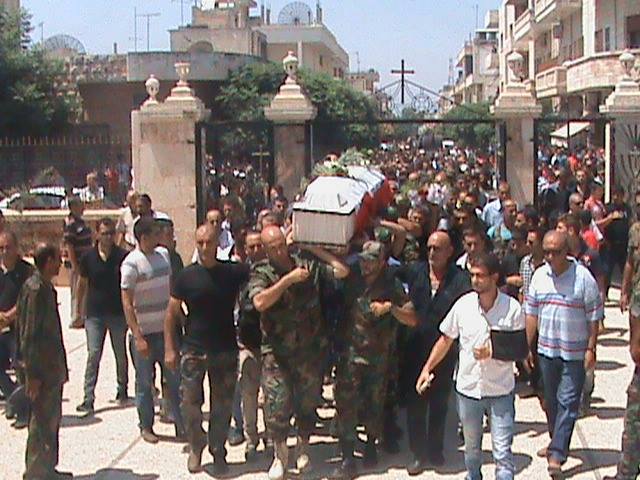 The jihadist rebels are trying to take over this city after taking over 3 other villages in the area. What will happen if they succeed in their attempt?

The jihadist rebels of Jund Al-Aqsa (Al-Qaeda franchise) and the Free Syrian Army (FSA) launched a large-scale offensive on Monday to capture the strategic city of Mhardeh in the northwestern countryside of the Hama Governorate.

Jund Al-Aqsa and their jihadist allies have already managed to capture three villages in northern Hama today, while advancing west towards the large town of Helfaya, which is located on the outskirts of Mhardeh.

According to preliminary reports from the northern Hama countryside, the jihadist rebels  seized half of Helfaya after a violent battle with the government-backed “National Defense Forces” (NDF) and Syrian Social Nationalist Party (SSNP).

Helfaya village is located directly east of Mhardeh and was once under the control of the jihadist rebels in 2014; however, it was eventually recaptured during a government counter-offensive.

The city of Mhardeh is considered Syria’s most densely populated Christian city in Syria; it is also home to tens of thousands of displaced Syrians from the Hama Governorate.

Last time the jihadist rebels attempted to capture Mhardeh, they lost several fighters trying to the enter the eastern part of the city.