Jim ‘Mad Dog’ Mattis Once Wrote A Letter On The Importance Of Reading, And You Should Read It 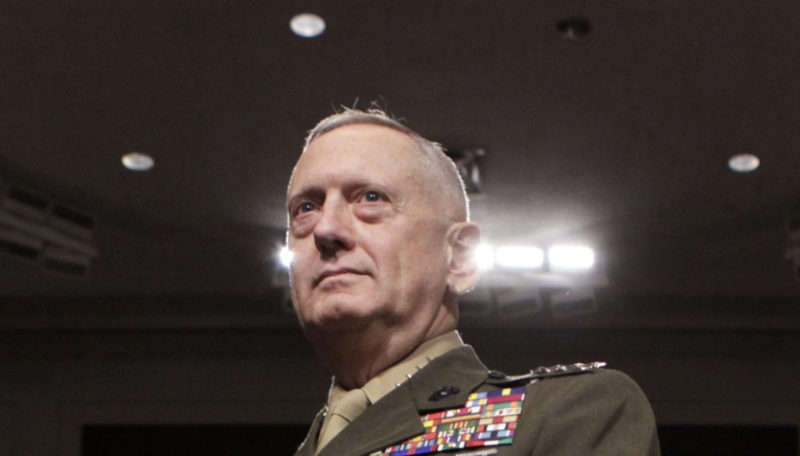 Progressives won’t hate this guy just because Donald Trump picked him. They’ll also hate him because he advocates acquiring wisdom through studying history, which is littered with failures of collectivism.

Retired Marine Gen. James Mattis, reportedly nominated to be Secretary of Defense by President-elect Trump, once wrote a famous letter on the importance of reading in 2004.

Mattis’s colleague reportedly asked him about the “importance of reading and military history for officers,” who found themselves “too busy to read.” Mattis’s response, released by the Security blog “Strife,” went viral:

The problem with being too busy to read is that you learn by experience (or by your men’s experience), i.e. the hard way. By reading, you learn through others’ experiences, generally a better way to do business, especially in our line of work where the consequences of incompetence are so final for young men.

Thanks to my reading, I have never been caught flat-footed by any situation, never at a loss for how any problem has been addressed (successfully or unsuccessfully) before. It doesn’t give me all the answers, but it lights what is often a dark path ahead.

With [Task Force] 58, I had w/ me Slim’s book, books about the Russian and British experiences in [Afghanistan], and a couple others. Going into Iraq, “The Siege” (about the Brits’ defeat at Al Kut in WW I) was req’d reading for field grade officers. I also had Slim’s book; reviewed T.E. Lawrence’s “Seven Pillars of Wisdom”; a good book about the life of Gertrude Bell (the Brit archaeologist who virtually founded the modern Iraq state in the aftermath of WW I and the fall of the Ottoman empire); and “From Beirut to Jerusalem”. More

Oregon School: No More Santa Claus: "Can Be Disrespectful & Insensitive"

Powerful U.S. Jihadist Compounds Are Stockpiling Weapons For This! (Video)

Jim ‘Mad Dog’ Mattis Once Wrote A Letter On The Importance Of Reading, And You Should Read It