Mike Cernovich gave the documents to Buzzfeed with the anticipation of Conyers discrediting him as an unreliable source. The documents have been proven to be real which resulted in Conyers stepping down from his very powerful position. Checkmate.

As previously reported, Democrat Rep John Conyers announced Sunday he will step down as top Dem member of the House Judiciary Committee pending an ethics investigation after multiple women accused him of sexual harassment. 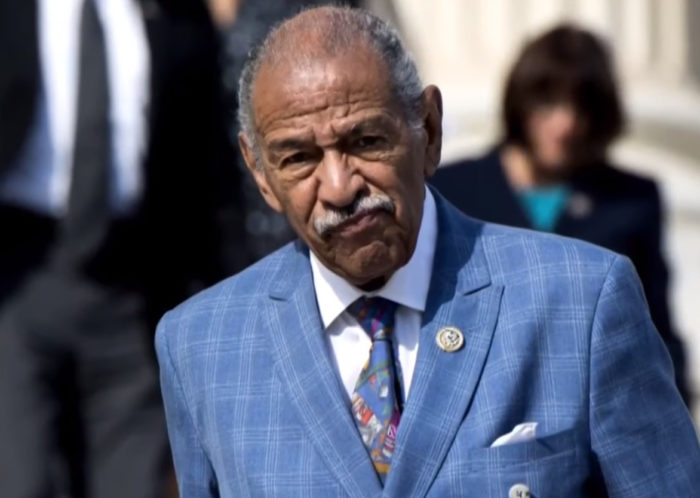 Conyers is still denying the allegations! He is angry and lashed out at Mike Cernovich for handing over the damning documents to Buzzfeed to be published.

Conyers claims Cernovich has reportedly paid for the documents which blew the roof off of the sexual harassment scandal last week.

“I deny these allegations, many of which were raised by documents reportedly paid for by a partisan alt-right blogger. I very much look forward to vindicating myself and my family before the House Committee on Ethics.”

Here is the full statement released by Conyers via CNN correspondent, Abby Phillip:

Here’s the statement from Rep. Conyers saying he’ll step aside as ranking member of the House Judiciary Committee pic.twitter.com/yxoDJvBz58

“John Conyers is an icon in our country. He has done a great deal to protect the Violence Against Women Act.”

Multiple women accused Conyers of sexual harassment including a high profile DC lawyer, Melanie Sloan who went on the record.

Although Sloan said she wasn’t necessarily sexually harassed by Conyers, he was verbally abusive to her and recalled a bizarre incident where she was summoned to Conyers’ office while the lawmaker was in his underwear. GROSS. Read more at TGP.

Rep John Conyers steps down, lies about Mike Cernovich on his way out. #UnsealTheDeals https://t.co/wBx14WBwQK

Super Bowl Champion Speaks The Truth: Pride In Country, Flag, And Culture Is The Bottom Line