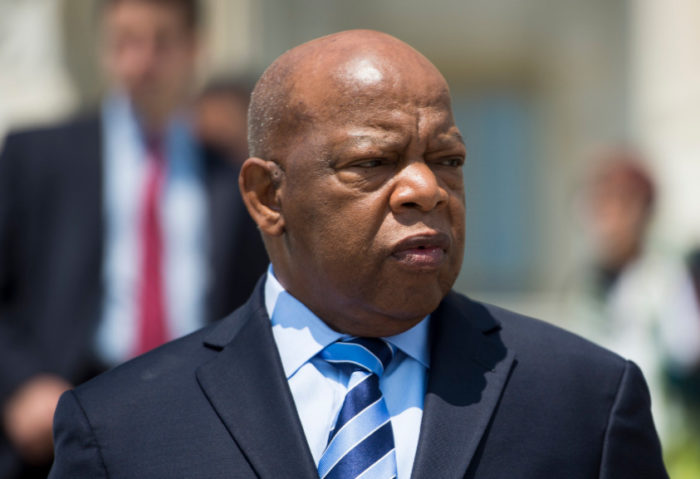 Thank you Rep. John Lewis for not disgracing us with your presence at Trump’s inauguration. You certainly won’t be missed!

Wait, I thought calling a president “illegitimate” was racist?

Democratic Rep. John Lewis of Georgia says he doesn’t view Donald Trump as a legitimate president and will be skipping next Friday’s inauguration.

Lewis tells NBC’s “Meet the Press with Chuck Todd” that the Russians helped Trump get elected.

It will be the first inauguration Lewis has missed since he began serving in Congress three decades ago. Lewis says, “You cannot be at home with something that you feel that is wrong, is not right.” Lewis testified this week against Trump’s attorney general nominee, Republican Sen. Jeff Sessions of Alabama.

Democratic Rep. Raul Grijalva of Arizona also says he will stay home to protest what he calls “disrespect” shown to Americans by the incoming administration and by actions in Congress. He says the majority of voters rejected Trump, and they deserve respect.