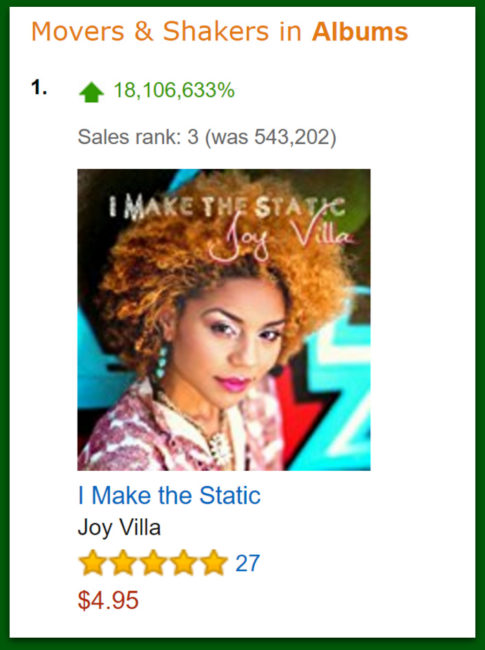 A Star Is Born! Her album “I Make the Static” is currently beating both Lady Gaga and Beyonce.

Joy Villa had a lot of courage wearing that dress last night. She gave a big one finger salute to hollywood. She has gained a lot of fans!

Within a matter of hours of wearing the now infamous Make America Great Again dress, Joy Villa’s album I Make the Static has skyrocketed in the sales ranking on Amazon. Previously the album was ranked #543,202 on Amazon and now it is currently ranked #3.

The top 3 albums under the ‘Movers & Shakers’ categories all belong to Joy Villa. More