She should lose her job and be disbarred. Charge State Chief Justice Tani Cantil-Sakauye under Rico or the national security act, she has no right to ignore the laws of the land.

ICE is just trying to do their job and enforce the current laws. Illegal aliens are here illegally. Thanks to Trump and Session illegal entry is down about 70% just by enforcing our present laws on the books.

WZ: Rule of law? What’s that? Liberals keep going over the slide to anarchism. 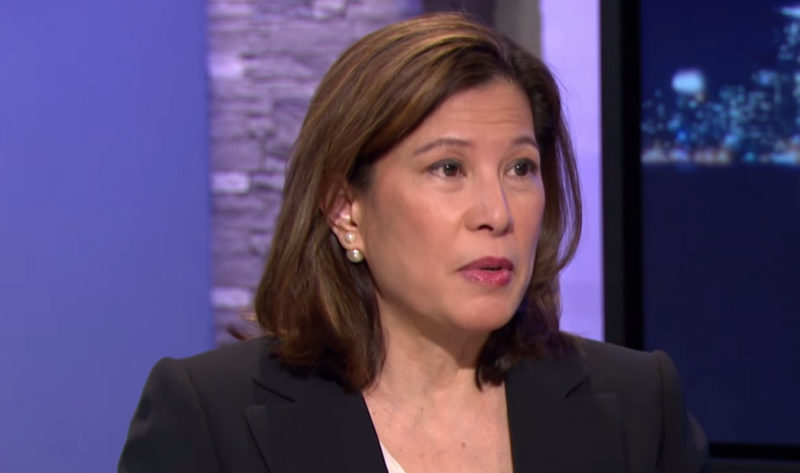 State Chief Justice Tani Cantil-Sakauye, who has previously condemned Immigration and Customs Enforcement (ICE) operations at court facilities, said Tuesday she has a duty to call out federal agents who arrest illegal immigrants in or near the California’s courthouses.

“If no one ever speaks out, then we can never be the land of the free and the home of the brave,” Cantil-Sakauye said at a panel discussion hosted by state Sen. Hannah-Beth Jackson, according to the Sacramento Bee.

Cantil-Sakauye is one of California’s most outspoken public officials in a state widely regarded as the toughest opponent of President Donald Trump’s immigration enforcement agenda. In a March letter, she criticized Attorney General Jeff Sessions and then-Homeland Security Secretary John Kelly for allowing ICE to conduct operations in California courts, saying that immigration agents were “stalking” illegal immigrants and undermining “access to equal justice.” More