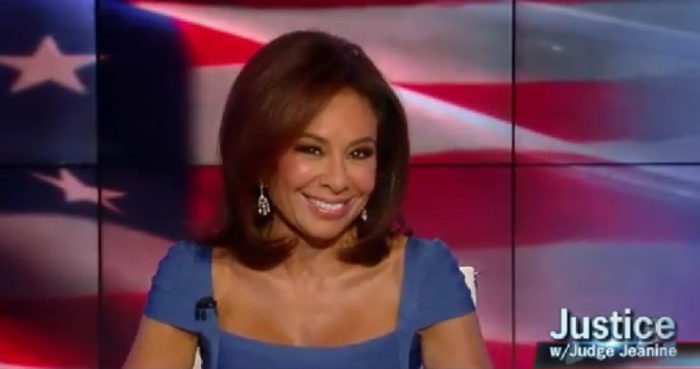 Judge Jeanine Pirro’s epic opening statement. Go back to bed Hillary, there’s someone else who’s going to protect us! Obviously pandering for votes Hillary said the word “Terrorist.” Seven hours after Trump called it by name.  Hillary must have waited to see which direction the political winds were changing before she could say it.

Judge Jeanine you are always right on target! You have brought new hope with your bright light shining the truth. What would Hillary know about keeping a country safe, she couldn’t even keep a woman safe from her sexual predator husband, just enabled him over & over again. She would just willingly enable every foreign leader to take advantage of our country.