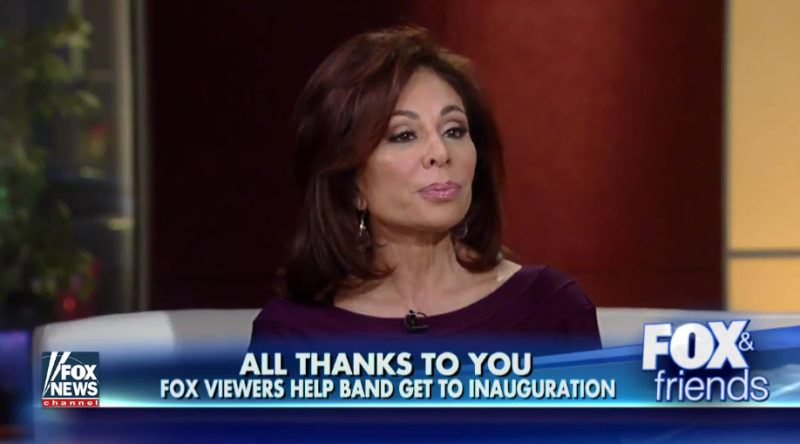 We don’t really think the DOJ is going to investigate Lynch until Obama’s out of there do we?

FBI Director James Comey is the subject of an inquiry by the Justice Department’s inspector general over his handling of the Hillary Clinton email server investigation, The New York Times reported.

Comey will reportedly be the subject of a “broad investigation” due to complaints about his actions from lawmakers and the public.

On “Fox and Friends” today, Judge Jeanine Pirro called the new probe “nonsense,” arguing that if anyone should be investigated, it should be Attorney General Loretta Lynch.

The complaints stem from Comey’s decision to hold a news conference where he said he would not recommend prosecution of Clinton, but also strongly criticized her decision-making with respect to using the private server.

Then just 11 days before the election, Comey sent a letter to Congress about new information in the case that would need to be investigated. Many Democrats have argued the letter cost Clinton the election.

The inspector general, Michael E. Horowitz, will not investigate why Comey did not decide to bring charges in the case.

President-elect Donald Trump tweeted this morning that Clinton was “guilty as hell” and was treated very nicely by the FBI.  More

What are Hillary Clinton’s people complaining about with respect to the F.B.I. Based on the information they had she should never…..

have been allowed to run – guilty as hell. They were VERY nice to her. She lost because she campaigned in the wrong states – no enthusiasm!