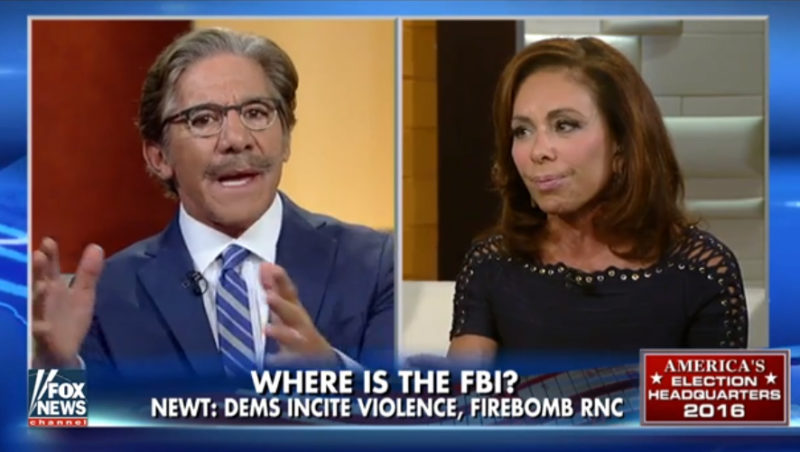 “I Could Indict Them In Three Seconds!”

Do you really think the now very corrupt FBI and its horrible Director Comey is going to do anything that might reflect unfavorably on the most corrupt candidate for the Presidency Crooked Hillary?

On the couch this morning, Rivera argued that the tape and the WikiLeaks revelations are coming too late in the game to affect voters.

Judge Pirro countered that it’s not about politics, it’s about justice and the fact that inciting people to commit violence is a crime.

“I’m talking about justice in this country,” she said.

Rivera expressed doubt that authorities could bring any charges based solely on the footage.

“I could indict them in three seconds!” Pirro, a former district attorney, fired back.

“Don’t tell me there isn’t evidence there to file a charge and get a conviction.”

Rivera said he still questions that the “braggadocio” seen on the tape could be made into a specific criminal charge by a prosecutor.