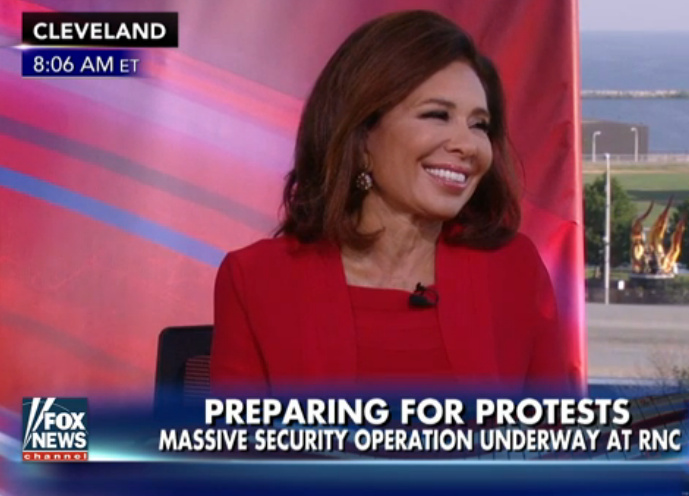 Security should be on high alert with all the attacks on police and innocent people happening in the US and around the world.

With the Republican National Convention set to get underway on Monday, a massive security operation is underway in Cleveland.

Judge Jeanine Pirro said on “Fox and Friends” that security officials have been preparing for the event for years, but they’re on “high alert” now following recent attacks in Dallas and Nice, France.

She noted that in addition to the construction of metal fences and concrete traffic barriers, thousands of law enforcement officers from departments and agencies around the country are flooding the city.

All the security measures are intended not only to thwart any potential attack, but to prepare for potentially raucous protests.

“They respect the First Amendment rights of people who want to protest, but at the same time, they understand that they’re in danger and they’ve got to protect this city,” Judge Jeanine said.

She added that despite the high level of scrutiny that law enforcement officers are under these days, she knows that they are up to the job and will do what they need to do ensure the convention is safe and secure.

“Police are going to do what they have to do to protect us and to protect themselves,” Judge Jeanine said. “They get it. They know what they’re facing.”

Brother Is Proud Of Killing His Social Media Star Sister