Why is Tillerson’s State Department and Sessions’ DOJ continuing to protect Hillary? Thank God for Judicial Watch and their relentless fight against the Deep State operatives.

TGP: Conservative watchdog group Judicial Watch announced Thursday that a federal judge will personally review, on camera, redacted material from Hillary Clinton’s emails during her time as Secretary of State. 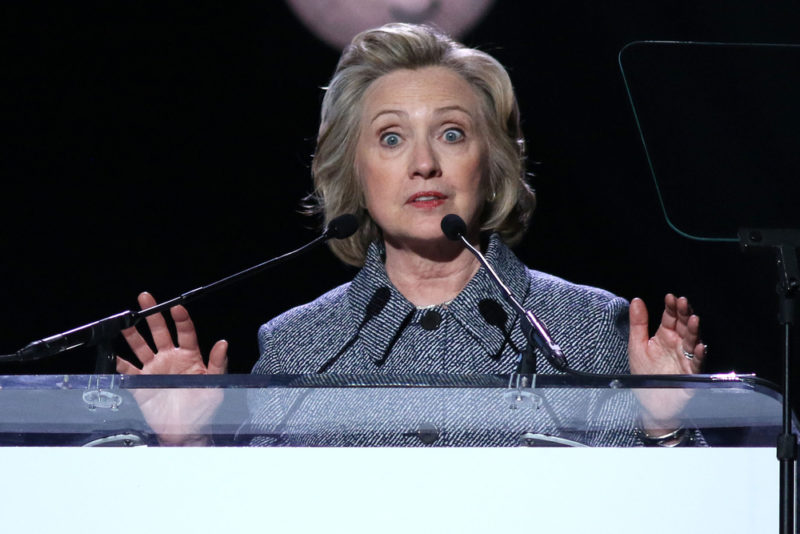 Judicial Watch: Judicial Watch announced today that a federal judge will personally review, in camera, redacted material from emails discussing Secretary of State Hillary Clinton’s use of iPads and iPhones during her tenure at the State Department. Judge Kollar-Kotelly also ordered the State Department to file an affidavit addressing why it should not have to search new Clinton emails recovered. In taking these steps, the court rejected arguments by the Tillerson State Department and its lawyers at the Sessions Justice Department.

President of Judicial Watch Tom Fitton had this to say of having to fight Sessions’ DOJ for information on Hillary’s emails:

“Hillary Clinton knowingly used an unsecure email system and risky iPads and smartphones to conduct classified and sensitive government business. It is frankly outrageous that Secretary Tillerson and Attorney General Sessions allow their agencies to cover up for and defend Hillary Clinton’s scandalous and potentially criminal conduct.”

As previously reported Sessions’ DOJ is blocking Judicial Watch from Hillary’s emails just like the previous administration did.

“The Trump State Department and the Trump Justice Department sent the same lawyers into this judge to make the same arguments that had been made for four years during the Obama years, that we’ve already searched and we are not going to search anymore,” Judge Napolitano said during an appearance on FOX Business.

U.S. District Court Judge Amit Mehta ruled that the State Department didn’t do enough to investigate areas of email between Hillary Clinton and her personal aides.

“There has been no substantial change whatsoever in the Rex Tillerson State Department or the Jeff Sessions Justice Department about Mrs. Clinton’s emails and an Obama appointee to the bench said, ‘I’m not buying this argument, you’re going to look for those emails.’ This is the world turned upside down,” he said.