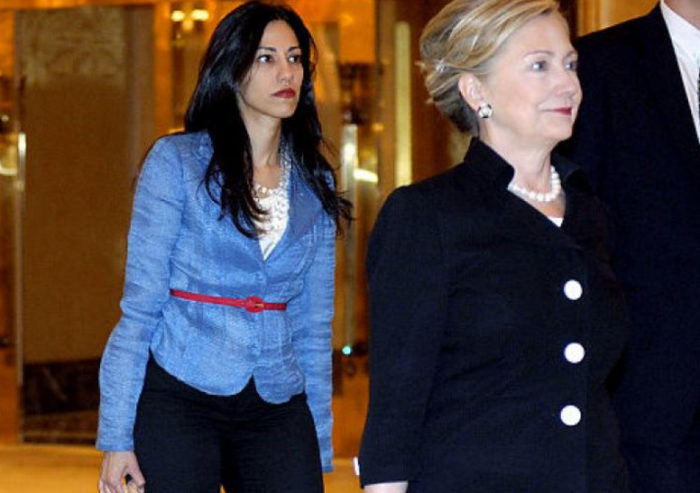 These emails were not turned over the State Department.

The new records include three separate Clinton-Abedin email exchanges withheld in part from Judicial Watch under the State Department’s “B1” FOIA exemption, applying to “information that is classified to protect national security”: More

Hillary Demotes Huma Abedin To ‘One Of My Staffers’ During Speech