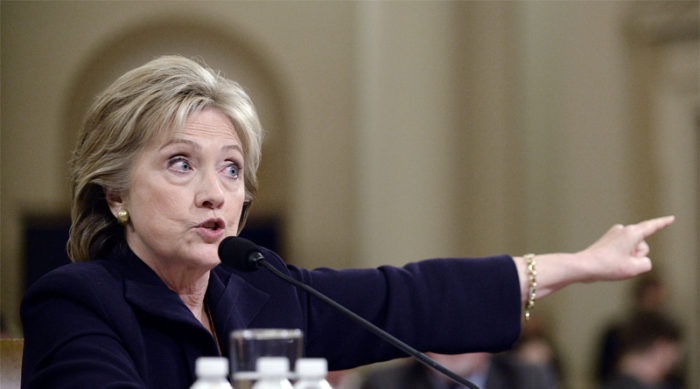 What did the Justice Department get in return for granting the technician immunity? They aren’t going to just give out immunity for nothing.

The Justice Department granted immunity to the computer technician misled federal investigators about his use of a software program called BleachBit to delete backups of Hillary Clinton’s emails, according to a new report.

The technician is Paul Combetta, according to The New York Times. He works for Platte River Networks, the company Clinton hired in 2013 to manage the email system that housed her State Department emails.

Combetta is the second person identified so far to have received immunity in exchange for cooperating with the FBI’s now-closed investigation into whether Clinton mishandled classified information on her private email server.

Bryan Pagliano, a former Clinton campaign staffer who set up and managed Clinton’s email server while at the State Department, was also granted immunity. The FBI interviewed him on Dec. 22.

According to the FBI’s Clinton email report, released Friday, Combetta used BleachBit, an open source software program described as a “digital shredder,” to delete backups of Clinton’s emails in the period between March 25-31, 2015, several weeks after The Times first reported Clinton’s exclusive use of a personal email account as secretary of state and after the House Select Committee on Benghazi issued a subpoena for her records.

Combetta misled the FBI about the deletion, the bureau’s report states.

During an interview this February, he claimed that he did not know of any preservation orders when he scrubbed the emails. But during an interview in May — seemingly after the Justice Department granted him immunity — Combetta said he was aware of the order and had an “oh shit” moment and deleted the Clinton email archives from PRN’s server and used BleachBit to delete Clinton’s email files.

Combetta took part in conference calls during the week of the deletions with Bill Clinton’s staff and attorneys for Hillary Clinton. According to the FBI’s report, he spoke with the former president’s staffers on March 25, 2015 and with Hillary Clinton attorneys Cheryl Mills and David Kendall on March 31. More