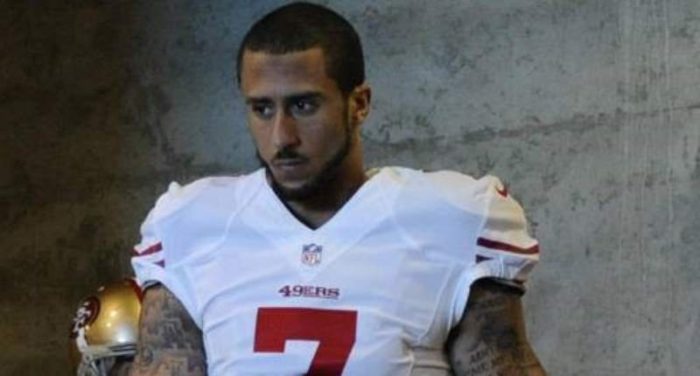 This is an update to this story. Kaepernick needs to find a better way to protest, especially on the field where he is paid to play.

San Francisco 49ers quarterback Colin Kaepernick pushed back on Thursday against the outcry over his decision to wear socks depicting police as pigs, Fusion reported.

Kaepernick came under fire after photos surfaced of him wearing the socks during an Aug. 10 scrimmage, days prior to his decision to sit down during the national anthem at a pre-season game. He addressed the issue on his Instagram account.

“I wore these socks, in the past, because the rogue cops that are allowed to hold positions in police departments, not only put the community in danger, but also put the cops that have the right intentions in danger by creating an environment of tension and mistrust,” he wrote.

Kaepernick also said that both friends of his and two of his uncles work as police.

“Before these socks, which were worn before I took my public stance, are used to distract from the real issues, I wanted to address this immediately,” he stated.

As CNN reported, Kaepernick is expected to continue his protest during his team’s next pre-season game on Thursday night against San Diego. The game will also include a tribute to military personnel, with Navy Petty Officer 1st Class Steven Powell performing the national anthem.