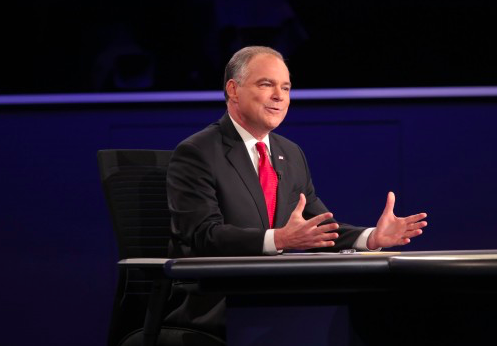 It was more of a Kaine interruption show than a VP debate. And the moderator didn’t help at all either.

Shortly after the debate ended, the RNC made a quick note of Kaine’s aggressive style in an email to reporters.

The email simply included a pair of tweets from reporters, citing specific voters being turned off by the Democratic vice presidential nominee’s style.

“Undecided voter in Ohio says, ‘Kaine came off like a jerk’ tonight. Adds that he ‘reinforced’ some of the negatives about Clinton,” read one tweet from CNN’s Dan Merica.

In a separate statement, RNC Chairman Reince Priebus described Kaine as having “desperately flailed away with empty platitudes and constant interruptions.”

Throughout Tuesday’s debate, Kaine did repeatedly interject, drawing the attention of many debate watchers on social media.

And outside analysis confirms that Kaine did push harder to interject. Analysis from FiveThirtyEight found that Kaine interrupted over 70 times, compared to just over 40 interruptions for Pence.