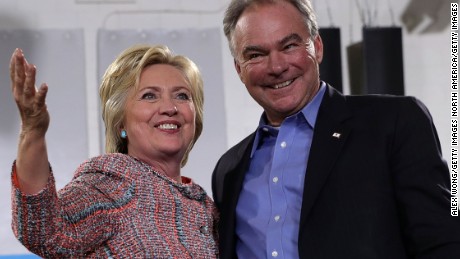 Seriously? Surely women in the US don’t have it worse than those in Iraq, Afghanistan, and Rwanda…

Vice presidential candidate Sen. Tim Kaine, D-Va., said Tuesday that the United States has made it difficult for women to be elected to higher office, and argued that America ranks behind Iraq, Afghanistan and Rwanda in this area.

“It took 144 years before women even got the right to vote in this country,” Kaine said at a campaign rally in Fayetteville, N.C. “What were we thinking when we said equality mattered, but no. One hundred and forty four years. It took us that long to say in 1920, to say women get a right to vote. And now we’re 96 years later and we have just nominated a woman. We know we haven’t had a woman president.

“Hold on for this, folks. Nineteen percent ranks the United States 75th in the world, below the global average,” he said.

However, with the nomination of Hillary Clinton, that’s all about to change, he said.

“We are about to change that. And that’s why I’m so excited!” he said.

Kaine’s statistics are based on numbers compiled by the Inter-Parliamentary Union, which bases its data on information “provided by National Parliaments.”

The top three-ranking countries for women in higher office are Rwanda, Bolivia and Cuba, according to IPU’s numbers.