Kathy Griffin is just a tad delusional and in dire need of some psychiatric help… Apparently, Trump derangement syndrome includes delusions of grandeur.

Griffin lost her career because she posed with a fake severed head of Donald Trump, is still whining and complaining like a little child about it. It’s so entertaining to watch her fall apart and destroy herself! We all have to live with the consequences of our actions. 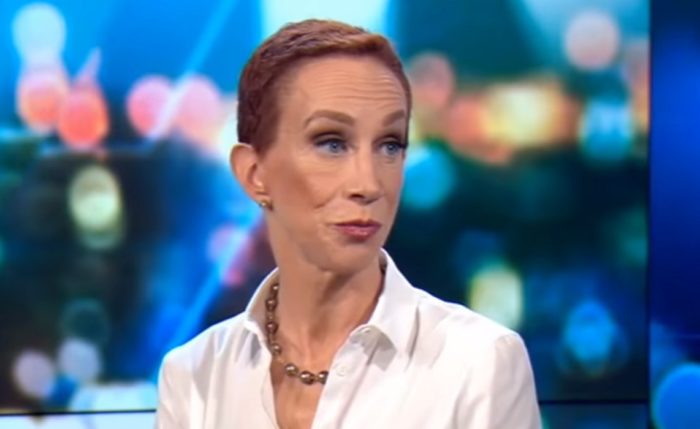 The Hill: Comedian Kathy Griffin says that she has been welcomed abroad, but wishes she could go on a tour in the U.S. “without getting shot.”

“They were thrilled to have someone come over and make fun of Trump,” said Griffin, who recently finished up a 15-country world tour, during an interview with Politico published Wednesday.

“I wish I could tour in the U.S. without getting shot — I know I can’t. I was in the middle of a 50-city tour when the tweet happened. It was canceled in 24 hours.”

The president at the time weighed in on the controversy, tweeting that Griffin should be “ashamed of herself” and that his children were having a “hard time” with it.

Griffin apologized but in the fallout had multiple shows canceled and was fired as co-host of CNN’s New Year’s Eve coverage.

Griffin told Politico that Trump’s Twitter feed is the “greatest programming director ever.”

“The minute he tweeted that tweet about me, it was literally breaking news on every channel,” she said.

She accused Trump of using her as a “tool” to distract from “his bad news of the day.”

Kathy Griffin should be ashamed of herself. My children, especially my 11 year old son, Barron, are having a hard time with this. Sick!

Poor Kathy, her ISIS joke fell flat and then everyone agreed that her other stuff wasn’t funny either.