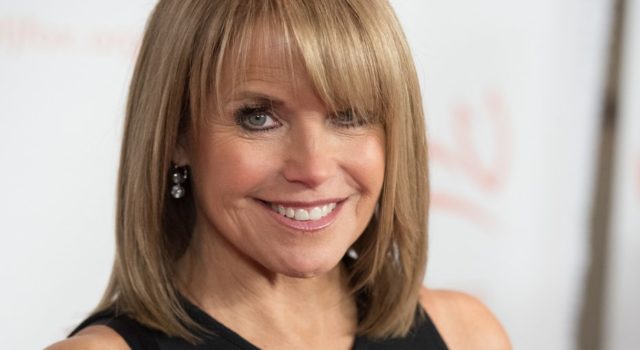 Why wouldn’t they sue Katie Couric? She edited the video and cut out what she wanted to make it to her agenda. She should have to pay.

“Little Miss Sunshine” has fooled a lot of people over the years into believing her she was just some innocuous, peppy little host with everyone’s best intentions as her primary concern. Unfortunately, Katie Couric may have just ironically “shot herself in the foot” when she and her director Stephanie Soechtig edited their anti-gun documentary Under the Gun in order to make a gun rights group in Virginia look as if they couldn’t answer a simple question.

Second Amendment rights advocacy organization the Virginia Citizens Defense League (VCDL), along with two of its members, today filed a $12 million defamation lawsuit against Katie Couric, director Stephanie Soechtig, Atlas Films, and Studio 3 Partners LLC d/b/a Epix for false and defamatory footage featured in the 2016 documentary film Under the Gun. The film portrays a fictional exchange in which members of the VCDL appear silent, stumped, and avoiding eye contact for nearly nine seconds after Katie Couric asks a question about background checks. An unedited audio recording of the interview reveals that—contrary to the portrayal in the film—the VCDL members had immediately begun responding to Couric’s question.

In the filing, the VCDL, Daniel L. Hawes, Esq., and Patricia Webb allege that the filmmakers knowingly and maliciously manufactured the fictional exchange by splicing in footage that the filmmakers took surreptitiously after telling the interviewees to be silent for ten seconds so that recording equipment could be calibrated. The filing also contains side-by-side screenshots of the film’s footage of the VCDL members and anti-gun advocates, alleging that the filmmakers manipulated lighting to cast shadows on the VCDL members and to make them appear sinister and untrustworthy. “We were horrified to see how Couric and her team manipulated us and the video footage to make us look like fools who didn’t stand up for the Second Amendment,” said Mr. Philip Van Cleave, President of the VCDL. “We want to set the record straight and hold them accountable for what they’ve done. You shouldn’t intentionally misrepresent someone’s views just because you disagree with them.”

The lawsuit, filed in federal court (United States District Court for the Eastern District of Virginia– Richmond Division), seeks $12 million in compensatory damages, plus punitive damages. The VCDL, Mr. Hawes, and Ms. Webb are represented by Tom Clare, Libby Locke, and Megan Meier of Clare Locke LLP, a boutique law firm specializing in defamation litigation.
The fraud committed by Couric and Soechtig should be a career ender for both women, who have been unashamed of their behavior.

What is not yet known is if Couric, Soetchtig, and one of their producers will face federal gun crimes criminal charges for obvious felonies they committed in Arizona while making the anti-gun film.

…Soechtig has now twice confessed (on video and in writing) to committing federal felony crimes that should lead to criminal charges against at least her and the Colorado producer (believed to be Kanau), along with any other Under the Gun staff/producers who took part in the conspiracy to make these clearly illegal interstate sales. More