Wow! Somebody’s brother is all hot and bothered over abuse that they say “never” happened. I think they do protest too much! Just a little defensive aren’t we Eric?

He’s just taking a page out of the Clinton playbook… The hag attacked and demeaned Bill’s victims and her goal was to destroy them. The left isn’t only just hypocrites, they are also completely morally bankrupt. 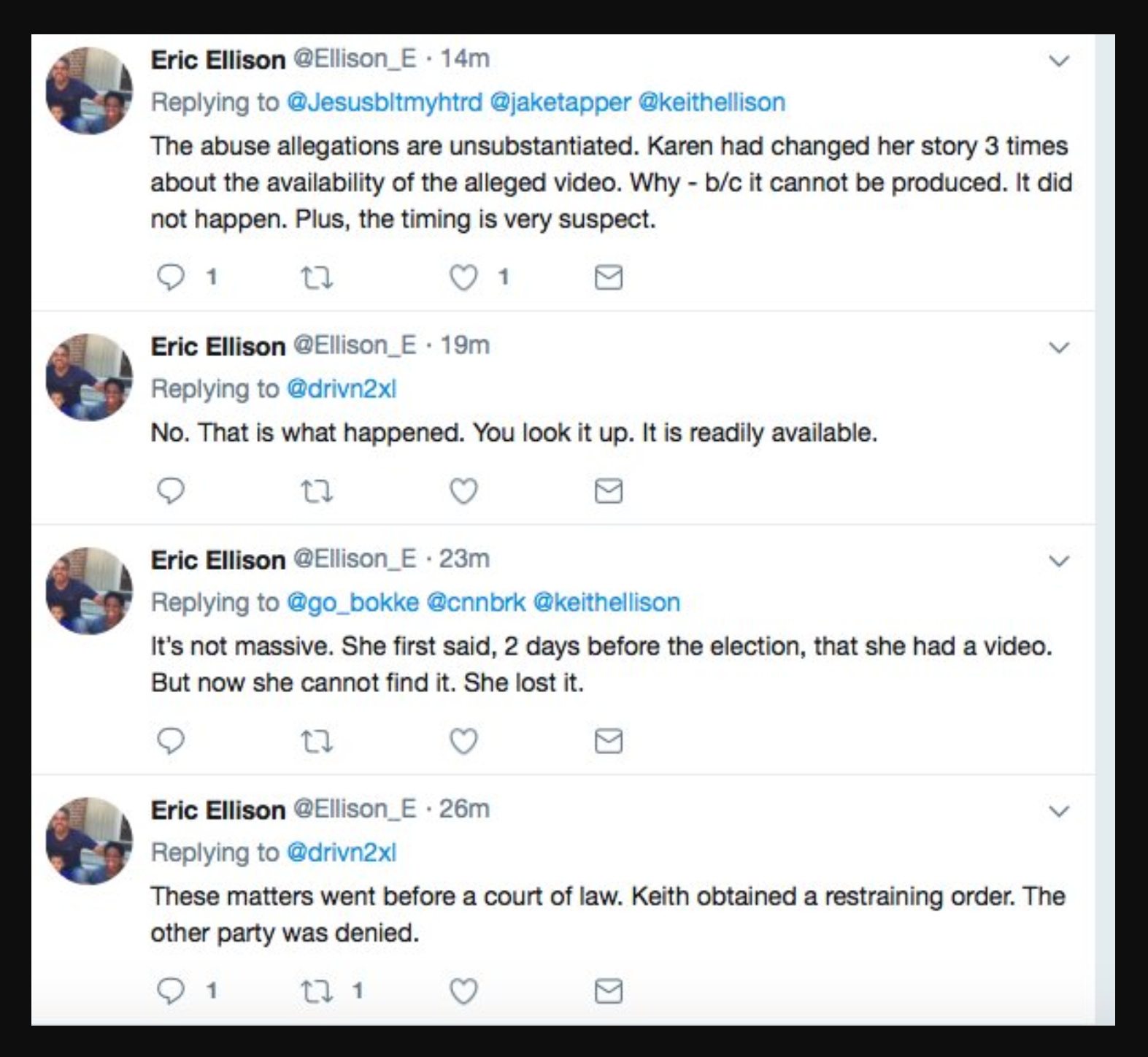 As reported on Sunday Rep. Keith Ellison’s former lover Karen Monahan hurled accusations at Keith Ellison the Deputy Chairman of the Democrat Party. Now Eric Ellison is attacking the woman who accused his brother of abuse.

Karen’s son accused Democrat Party Deputy Chair Keith Ellison of physically and mentally abusing his mother while they were in a relationship.  Austin Monahan described seeing a video of HORRIFIC abuse by Keith Ellison.

Fellow Democrat and Minnesotan running against Ellison in the AG primary, Debra Hilstrom, shared the viral Facebook post and demanded that Ellison address the allegations.

Austin Monahan described seeing video of Keith Ellison –Screaming “f*cking bitch!” and dragging his mother off a bed by her feet!

In the middle of 2017, I was using my moms computer trying to download something and I clicked on a file, I found over 100 text and twitters messages and video almost 2 min long that showed Keith Ellison dragging my mama off the bed by her feet, screaming and calling her a “fucking bitch” and telling her to get the fuck out of his house.

The Democrat Party Deputy Chairman responded to the shocking abuse allegations on Sunday afternoon by denying the accusations.

And a police 911 report confirms the incident thanks to the work of Laura Loomer!

But at least Keith can count on his brother Eric.

Eric Ellison is attacking the woman who accused his brother of abuse.

Eric posted a series of tweets on Tuesday.

How does his brother know what happened between Keith and a woman in their bedroom?

I bet at least 2 more women come out and nothing will happen to him.