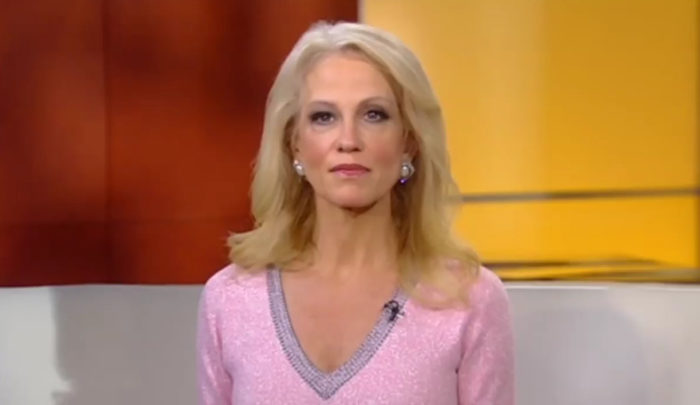 Conway is running the defense and doing a great job! Meryl Streep is just trying to stay relevant because she knows that when they give you a lifetime achievement award, its Hollywood code for “thanks for the service, but your career is OVER.”

Streep took the stage and roundly attacked Trump and his thuggish supporters who enjoy “football and MMA” (mixed martial arts).

The Hollywood diva’s speech was full of emotion and scant on facts. It was as if Streep was acting out the political version of Florence Foster Jenkins live on stage.

.@KellyannePolls: If Meryl Streep cared so much about the disabled, she should’ve spoken on behalf of the teen who was tortured in Chicago pic.twitter.com/bLxE6KkJZM

Kellyanne is talking about the disabled man in Chicago who was kidnapped and tortured for hours in Chicago last week.