Khalid Sheikh Muhammed just confirms what Republicans have been saying all along. The Democrats wanted a laid back approach and that would have left the US open for more attacks.

Khalid Sheikh Muhammed was the principal architect of 9/11 for Al Qaeda. He basically is saying they did 9/11 believing that nothing would happen to them but a ‘law enforcement’ response, because that’s all Bill Clinton had done to attacks in the past. So Bush did stop further attacks and Bill Clinton’s ‘law enforcement’ approach encouraged them. 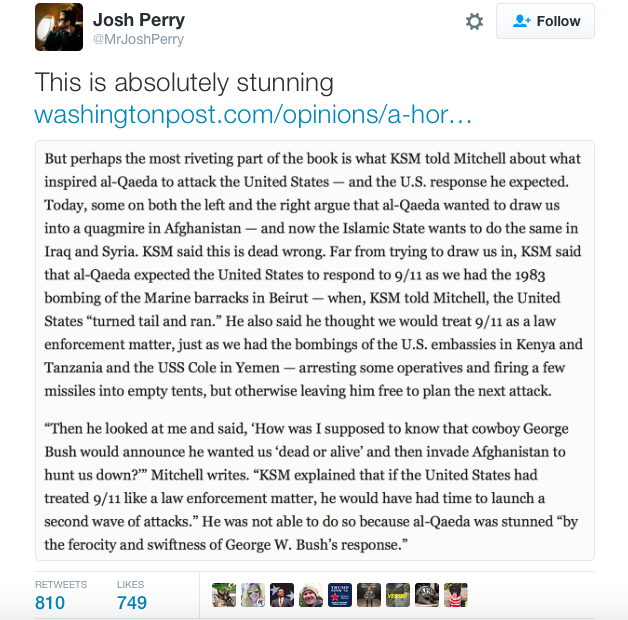