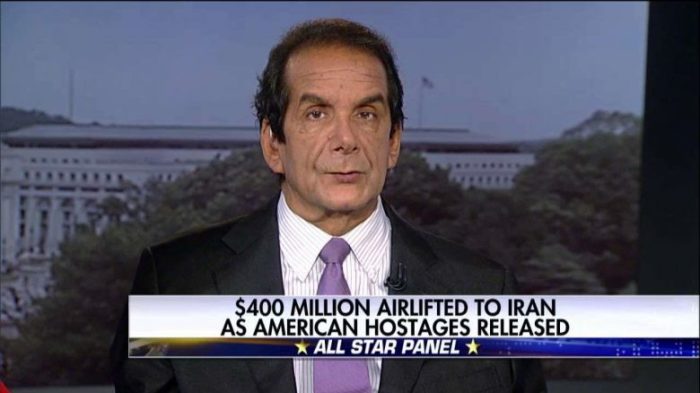 Why is no one doing anything about Obama and all his illegal activities. If this was a big corporation laundering money they would be in jail!

Charles Krauthammer reacted to a new Wall Street Journal report that the Justice Department objected to the Obama Administration sending $400 million in non-U.S. currency just hours before Iran released four imprisoned Americans. The DOJ was overruled by the State Department, according to the report.

Krauthammer said “of course the Justice Department objected; it was illegal.”

He said that not only was the payment bad optics and a quid pro quo for the release of the Americans, but it skirted statute against dealing with Iran in U.S. dollars.

“If a private company had done this, this is called money laundering. The CEO would be in jail right now.”