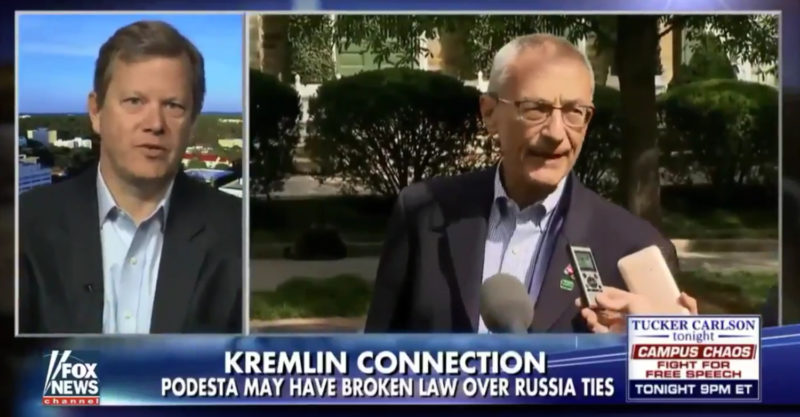 Democrats play the Saul Alinsky card when people get too close to what they are doing by blaming the accuser of the same. It’s called “projection.”

Investigative reporter and author Peter Schweizer went on FOX and Friends to discuss Kremlin influence on US politics — and how the Clinton camp was in bed with the Putin regime.

Peter Schweizer: In 2011 John Podesta joined the board of this very small energy company called Joule Energy based out of Massachusetts. About two months after he joins the board a Russian entity called RUSNANO puts a billion rubles, which is about $35 million, into John Podesta’s company. Now, what is RUSNANO? RUSNANO is not a private company, Steve. It is a fund directly funded by the Kremlin. In fact the Russian finance minister called RUSNANO “Putin’s Child.” So you have the Russian government investing in one of John Podesta’s business in 2011 while he is an adviser to Hillary Clinton at the State Department.

Steve Doocy: OK. Does anybody in the Trump circle rise to the level that there is this kind of money involved?

And, once again, the frenzy on the left is all a disguise to hide their own rampant corruption.